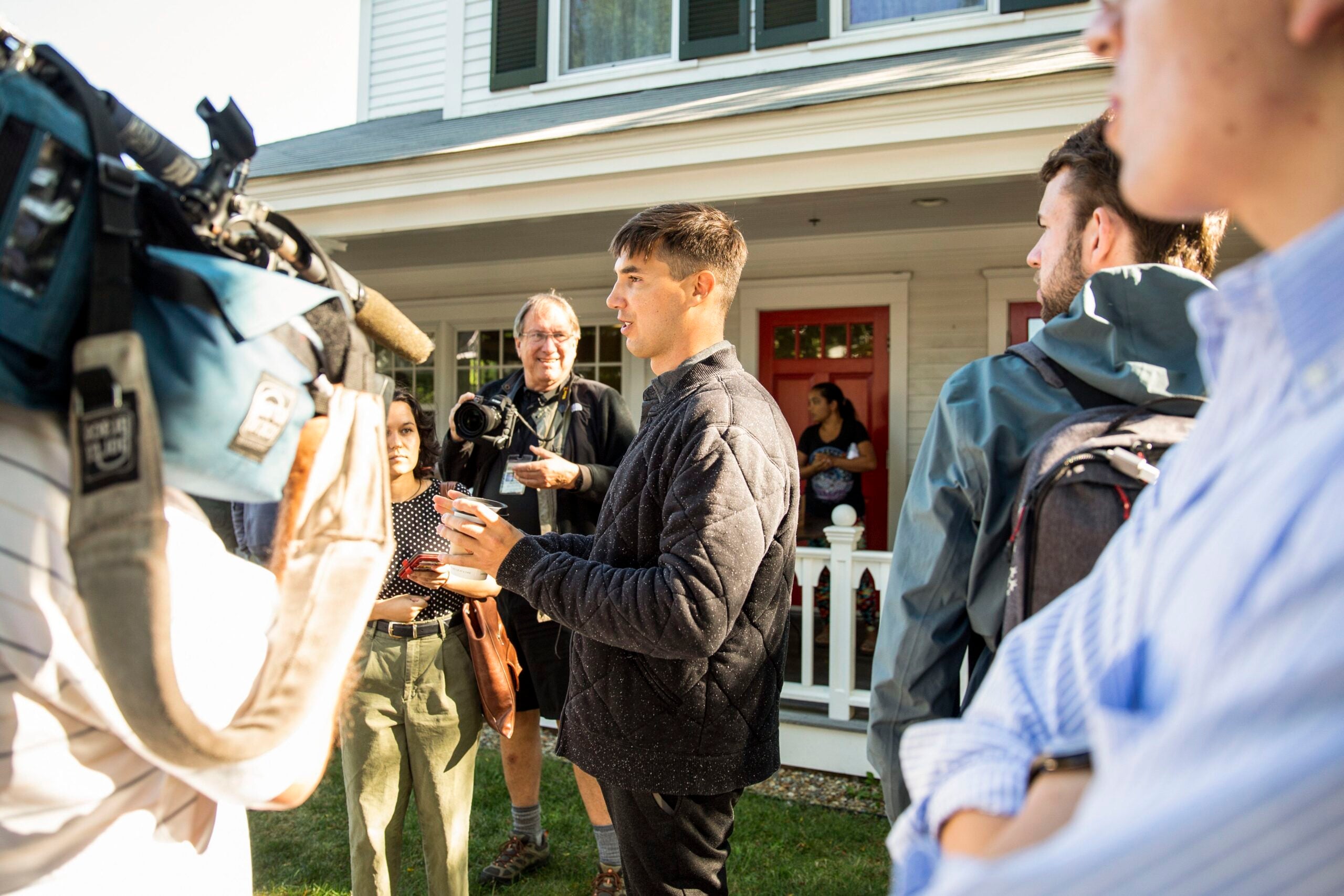 State Rep. Dylan Fernandes was on his way home last Wednesday when he got the call that about 50 migrants had been flown to Martha’s Vineyard without warning.

Fernandes, whose district includes Martha’s Vineyard, immediately packed his bags and hopped on the first ferry to the island, wanting to help.

And he wasn’t the only one; within hours, the community had mobilized to house, feed, and care for the migrants, who were sent there without notice by Florida Gov. Ron DeSantis as part of the state’s so-called “immigration relocation program.”

“We saw the best of what community offers, and the best — in my mind — of what America can be, in terms of rallying to support incredibly vulnerable people and showing them the dignity and support that they deserve,” Fernandes told Boston.com.

But, he added, “the takeaway on the opposite side of that is just how cruel some people in this country can be, and some parts of this country support them in doing that.”

Case in point: Little more than a week after arriving in Massachusetts, the migrants and their advocates have received death threats.

Lawyers for Civil Rights, which represents a majority of the migrants, filed a federal class action lawsuit on Wednesday against DeSantis, Florida Department of Transportation Secretary Jared Perdue, the State of Florida, and other “accomplices.”

Meanwhile, LCR’s clients “have received a barrage of hate messages, including death threats,” according to Elyssa Pachico, communications director for Alianza Americas, a network of migrant-led organizations and one of the suit’s plaintiffs.

“Because of the legitimacy of those threats, … a federal court in Boston granted a motion (on Wednesday) to proceed anonymously to protect the identity of the migrant plaintiffs involved,” Pachico told Boston.com in an email.

Fernandes said his office has gotten thousands of messages regarding his work with the migrants. Many of them are encouraging, he said, “and a whole lot of them are not.”

“I’m not at all surprised by the response,” Fernandes said. “It’s not the first time as an elected official I’ve gotten nasty stuff sent my way; it just comes, sadly, with the territory of being a public official in this era.”

But he explained that he feels it important to stand up to DeSantis and other governors who have transported migrants to sanctuary states and treated them as less than human.

Fernandes teamed up with state Sen. Julian Cyr, whose district includes Martha’s Vineyard and Cape Cod, where many of the migrants are staying at Joint Base Cape Cod.

The pair wrote letters to Attorney General Merrick Garland and U.S. Attorney Rachael Rollins urging the Justice Department to investigate the circumstances of the migrants’ transport. Their claims that the migrants had been persuaded to board under deceptive promises of housing, work, and immigration assistance matched Lawyers for Civil Rights’ account.

In an email to Boston.com, Cyr’s office confirmed the senator has also received threats and other hateful messages.

“This past week we saw some of the worst aspects of our politics and with it came unacceptable hate and vitriol,” Cyr said in a statement. “My colleagues and I are taking it in stride and focusing on the compassion of our constituents’ response to the situation.”

“It is a stark reminder of the threat many immigrants constantly live under,” he added. “We must ensure the safety of asylum seekers who come to this country seeking security and a better life.”

Today, Fernandes said his work with the migrants focuses on facilitating longer-term solutions in the community.

“We’ve had many people reach out from Martha’s Vineyard and also from the Cape with housing support and options and jobs,” he said.

His office has been relaying those offers to caseworkers and attorneys working with the migrants on the ground.

“I know there’s a lot of people in the community that would love to see them stay here, but of course, ultimately, they’re free to leave whenever they want,” Fernandes said, adding, “It’s ultimately up to them what happens next.”

What COVID symptoms does Biden have?