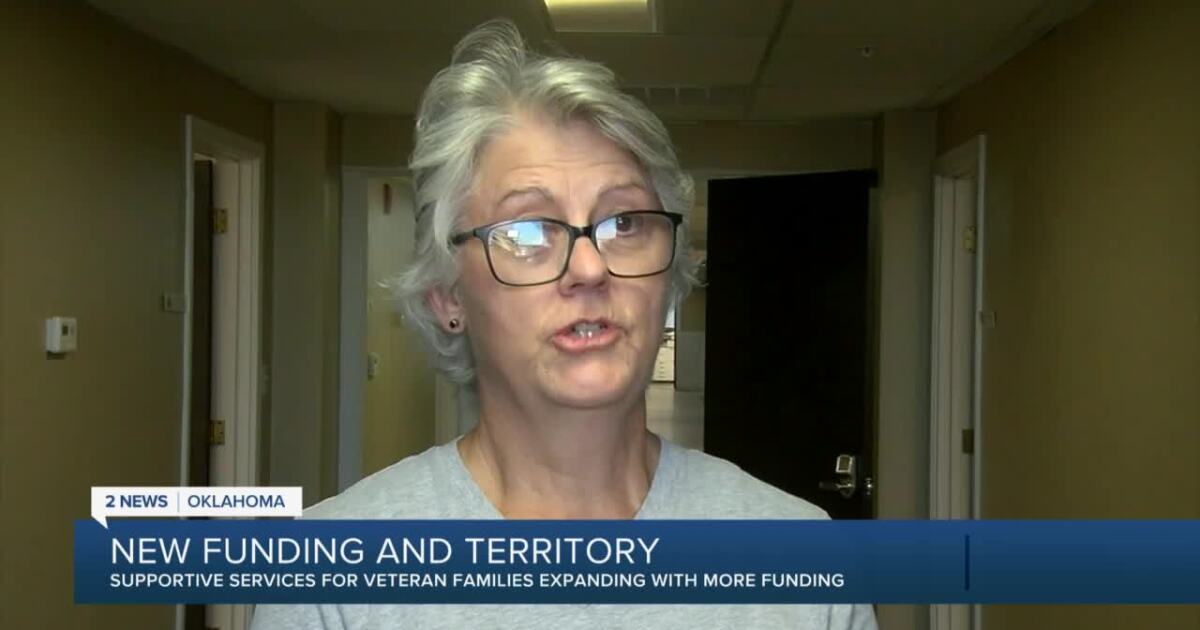 TULSA, Okla.  — Supportive Services for Veteran Families, located in Tulsa, is getting a lot more funding and additional territory to help veterans in Oklahoma.

Its goal is to help a veteran who is either in a housing crisis, homeless, or facing eviction within 21 days.

2 News Oklahoma first covered SSVF in early August when the organization, which is part of the Community Service Council, had a budget of about $2 million and covered 35 counties.

Starting this week, SSVF now covers 42 counties, which includes Oklahoma City. The organization is funded through grants, and with this expansion, the budget now is roughly $3.7 million.

That’s a lot of money, but the number of families they will now help, is also much higher.

“The expectation is here in Tulsa, we are required annually to serve 430 families, and then this will be an addition of another 400 in in that area. So, it’s in that’s not impossible to do. Unfortunately, there’s more than enough people out there to service. It’s an unfortunate fact. But at least we’re here to help,” said Rachel Runfola, the program director.

And with the expansion into Oklahoma City, Runfola says the collaboration with the Veterans Affairs there will only be stronger.

“I think they are excited by the prospect of some of the things that we bring to them that have already been tried here and are working really successfully with the VA here in eastern Oklahoma. The eastern Oklahoma VA that we work with the HUD Vash program has is just an excellent program, and we interface really well with them. I think we actually bring an excellent partnership to the area. And i think we can grow that in Oklahoma City as well,” she said.

Runfola says the veterans in the new area will notice some changes, as SSVF wants to help veterans get into safe housing and help keep them stabilized there.

The return of the tactical vote leaves the Tories in disarray

2 tropical depressions could form this week in Atlantic, Caribbean, forecasters...