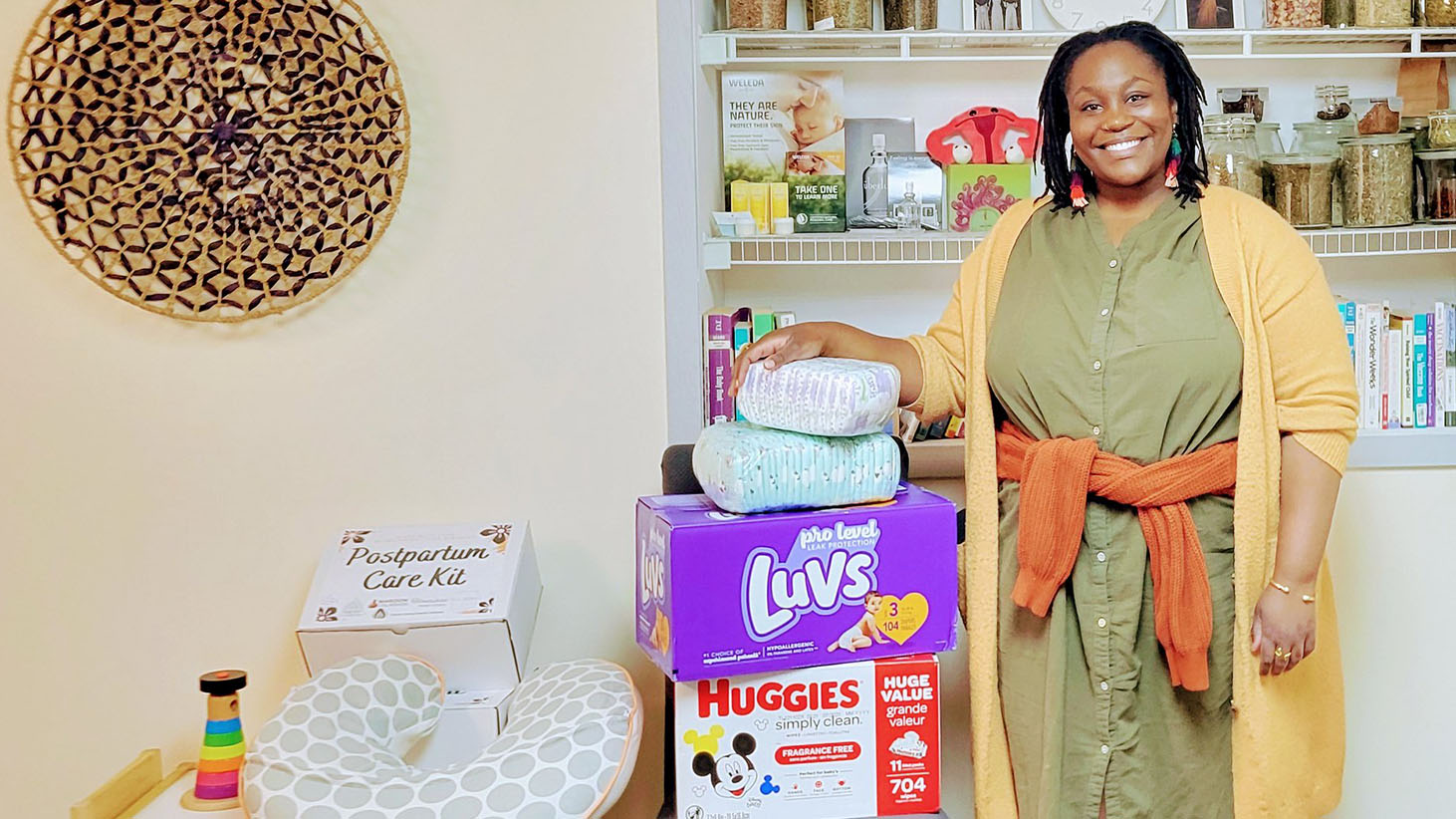 In 2016, a group of friends and birth workers sat down to discuss the state of Black maternal health in Milwaukee.

Data produced at that time reported Milwaukee was one of the deadliest places for Black women to give birth.

“As we sat there, we realized that we fall into this data,” said Lyanne Jordan, the executive director and co-founder of Maroon Calabash. “Regardless of our socioeconomic status or our educational backgrounds, there is a likelihood that someone in that room wouldn’t survive childbirth.”

Angered and saddened at that thought they decided to do something and from that conversation, Maroon Calabash formed as a way for this group to support one another and then help the Milwaukee community.

“We wanted to support one another and begin to support other black birthing people, but we also wanted to engage the systems responsible for those statistics,” Jordan said.

Maroon Calabash is a group of self-described Black radical doulas who supports Black people in decolonizing reproductive experiences at the intersection of cultural traditions and modern medicine, according to Jordan. The group calls itself a reproductive justice nonprofit and its office is located at 3846 W. Wisconsin Ave.

Members seek to make pregnancy a community-based experience so that parents get support through their pregnancy and birthing by providing resources and funding for everything from birthing services to diapers or mental health services for people struggling with postpartum depression.

The group partners with the Milwaukee Diaper Mission, which provides essentials to families in need. The Diaper Mission helps provide Maroon Calabash’s clients with kits it makes to support birthing parents.

“Maroon Calabash is talking about postpartum health and providing the urgent needs,” said Meagan Johnson, the co-founder of the Milwaukee Diaper Mission. “There is not enough access to that type of support. It’s powerful to have that safety net.’’

She said Black women have been doing birth work since people started having babies and the work has lineage originating from Africa.

“Enslaved Black women birthed everyone’s children until overseers became uncomfortable with the knowledge they had, that’s when medicine as we knew it, changed,” Jordan said. “They created this negative narrative surrounding these women and their work and the tradition was lost.”

According to Jordan, modern medicine was quite literally built on the experimentation, exploitation and torture of Black women.

“Marion Sims, the father of modern gynecology, conducted his research on enslaved Black women without anesthesia,” she said.

Jordan said knowing that history is important because as the city embraces doulas and birth work, Maroon Calabash wants to ensure that people understand that the state of Black maternal health is not the fault of Black women nor they should not be expected to be the saviors.

“Having a doula is a taste of what true community, prior to white supremacy and colonization, was like for us,” she said. “It shows the depth of care we can receive when we’re in community with one another.”

Maleisha Reedy birthed her second child at home in October with the help of Maroon Calabash.

“Having a baby is a very intimate experience to me,” she said. “I wanted it to be as private as possible, somewhere I’m comfortable and have 100% control of the environment.”

Reedy said giving birth this way was a wonderful experience because of the people around her.

“It was a more family-oriented experience,” she said. “Having a baby is hard, but my family and team were there to remind me that we don’t have to do hard things by ourselves.”

She gave birth to her first child traditionally and said she preferred her home birth because she was able to let the baby lead the situation.

“Hospitals rush birth. At home, I was able to let go of control, breathe through it and let the baby determine its birthdate,” she said. “Some things don’t need intervention.”

While the work the group is doing is thriving, its leaders recognize that they made some mistakes along the way

“We were getting community grants and community support almost immediately,” Jordan said. “We got so excited about being able to support others that we started working backward because the initial goal of Maroon Calabash was self-care then community support.”

Jordan said the group stresses self-care because not taking care of themselves contributes to issues Black women face like heart disease.

“It was helpful for us when we started because the city was already discussing doula programs and trying to solve the issues at hand,” Jordan said. “But in the process, they just equipped Black women to take on more labor for their communities.”

To keep up with the group, you can follow its social media or check out its website.