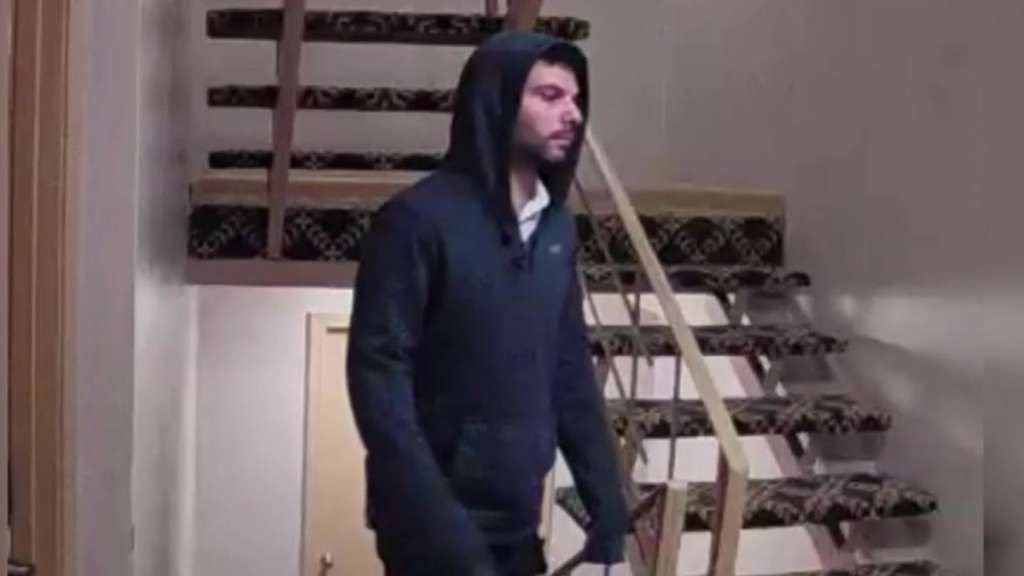 NORTH ANDOVER, MASS. (WHDH) – Police in North Andover are investigating a string of break-ins reported near Merrimack College that has put some local students on alert.

The department said they have a lead in the case, having received security footage of a person at the Royal Crest Apartments complex where the break-ins have been happening. The footage, captured on a camera set up by a group of students, showed a man in a hoodie pulling at a door early Monday morning.

Officials are now asking for the public’s help in identifying the subject, as the department investigates whether they were involved in other break-ins at the complex.

“I don’t know what his intentions are, but it’s weird and I don’t like it,” said Heather Gagliard, a junior at Merrimack who said she and her roommates purchased the security camera to protect themselves. “I never really expected that to even happen to my room. We all got the Ring camera to make sure we could be safe, but I never really expected that that would happen.”

The complex, across from campus, is a popular place for students to live, but this semester, a college spokesperson confirmed several students have reported their apartments were broken into. For some, they were still inside when the break-in happened. One woman who spoke to 7NEWS said she was one of them.

“I went to go wake up my roommate and I was like, ‘There was a man in my room,’” she said. “I was just so in shock that I was like, I cannot believe that just happened to me.”

Police have said nothing was stolen during the break-ins and that no injuries were reported. However, as officers patrol the area and residents say their locks are being fixed, some students are beefing up security on their own.

“We got bells on the door, too, so if anyone opens it, we can hear it,” one student demonstrated. “So, basically, after we lock (our sliding door), we just put (a) piece of wood within this slot here and there’s literally no way it’s going.”

Anyone with information on the person seen in the surveillance video is asked to contact North Andover police detectives at 978-683-6500.

The department also said it is sharing information with campus police at Harvard University, where a series of dorm room break-ins were reported over the weekend.

‘HATE WILL NOT PREVAIL’…President Biden says ‘White supremacy is a poison’ after 10 Blacks...