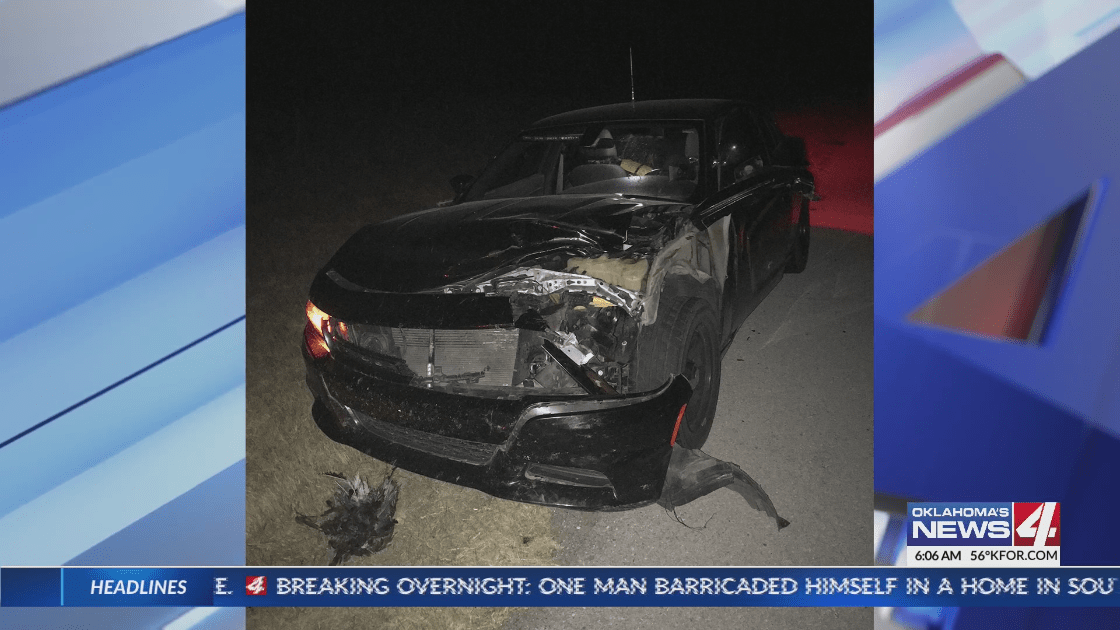 RINGWOOD, Okla. (KFOR) – As temperatures begin to cool, officials stress that you need to keep an eye out for deer.

Troopers with the Oklahoma Highway Patrol say they have been working a lot of crashes lately that involve deer.

On Monday, a trooper hit a deer on US 412, just west of Ringwood.

Man rides on back of semi-truck down I-35 from Wichita to Logan Co.

“He hit this deer just after sunset. He had his dims on because he had just met an oncoming vehicle and hadn’t turned the brights back on. By the time his headlights hit the deer, it was too late to do anything,” the Oklahoma Highway Patrol posted on Facebook.

Officials say the trooper is alright, but his patrol car suffered extensive damage.