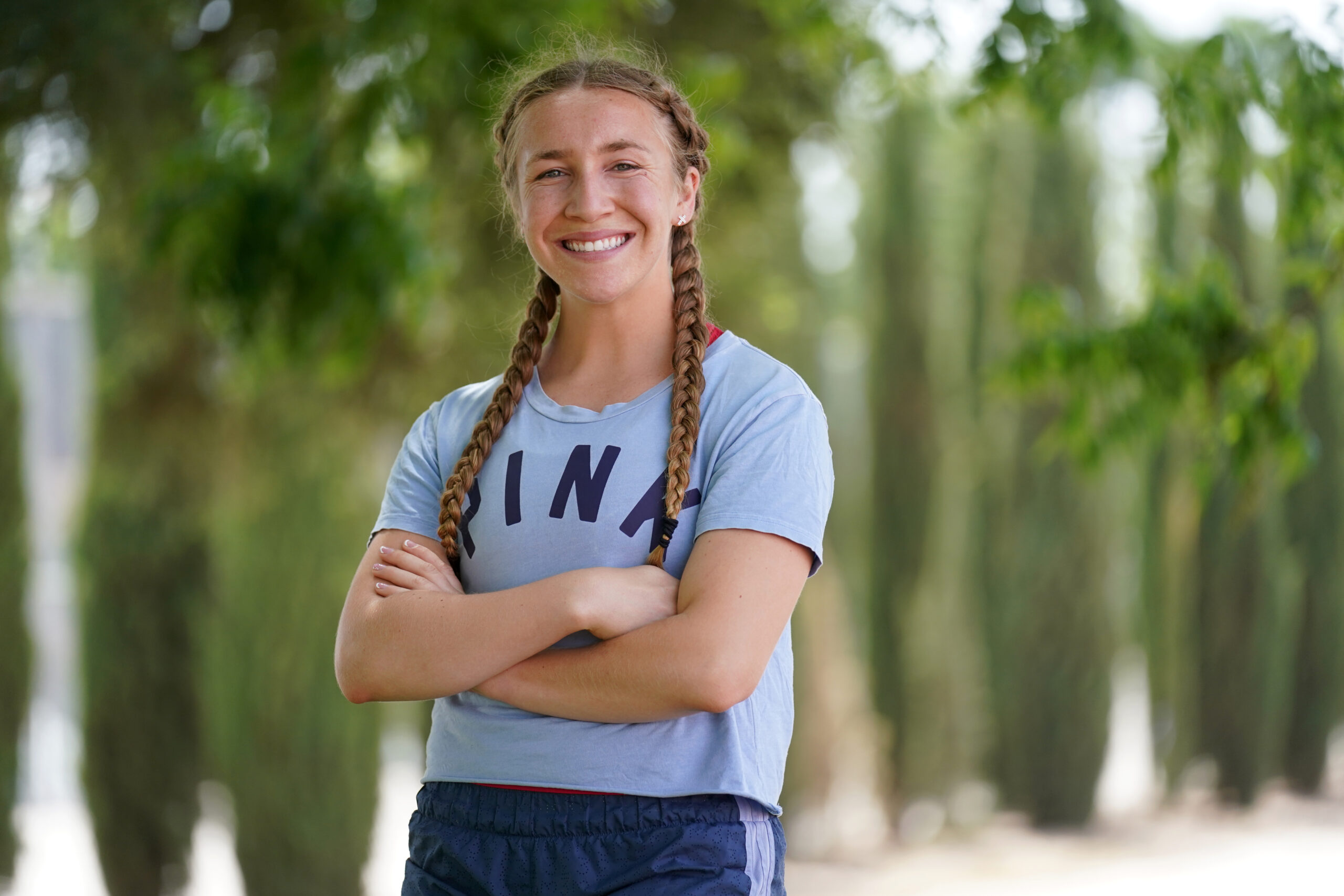 Sydney Fox has made a competition out of taking her education as far as she can. An avid runner since childhood, her analysis concludes that talent only gets you so far — it’s hard work and dedication that get you to the next level.

Fox’ ultimate goal is to attend medical school and become a neurologist. Instead of a more traditional route to medical school, she is paving her own way. She won the prestigious Fulbright U.S. Student Program. Fox will graduate from Fresno State this year with honors in biochemistry and will begin researching with Dr. Hlynur Stefánsson of the Reykjavik University in Iceland.

“Rather than applying to medical school, I searched for research positions in Iceland. This is a country renowned for its commitment to sustainable technology development. I knew that hands-on research experience in Iceland could further my knowledge of climate research and health policy.”

She entered Fresno State with a full-ride scholarship through Smittcamp Family Honors College and as a Division I athlete for track. “I told my parents that I wanted to go as far away from home as I could. However, when I was accepted to Smittcamp, my entire world changed. Making the decision to attend Fresno State has single-handedly been the best decision I have ever made.”

Fox initially selected psychology as her major. However, after having a conversation with Dr. Saeed Attar, director of Smittcamp Family Honors College, she reconsidered. Fox switched her major to biochemistry where she began her undergraduate research in Dr. David Lent’s Lab.

Dr. Attar explained how his advice helped Fox find her academic passion: “When she started as a freshman psychology major, I started my advising sessions and found that she had an interest in neuroscience. To pursue her interest in neuroscience, she switched her major from psychology to biology in her sophomore year, Then in spring 2020, she took her second-semester organic chemistry lecture (CHEM 128B) with me. She earned one of the top A grades in my class. During one of our pre-pandemic in-person conversations in my office, I remember a conversation with Sydney about her excellent performance in organic chemistry and how biochemistry, the organic chemistry of life, is directly connected to an understanding of neuroscience. It was very obvious to me that she should choose biochemistry as her undergraduate major.”

Under the pressure of school, research and a constant background thinking about medical school, Fox found getting out of bed before dawn to run a few miles essential. She comes from a family of Fresno State alumni and athletes. Her father, Randy Fox, played golf at Fresno State, while her uncle, Eric Fox, played baseball and went on to play professional baseball with the Oakland A’s. As a freshman, Fox posted the third-fastest 6K time (20:46.3) in Fresno State cross country program history.

While running track she noticed how many of her teammates had to sit out of competitions due to the air quality. Fresno is consistently one of the most polluted geographic areas in the world. According to American Lung Association’s 2021 “State of the Air” Report, Fresno ranks fourth in the United States for ozone levels and second for both short-term and year-round particle pollution.

“I realized when traveling out of the Central Valley my teammates would not have issues with their asthma. There is a connection between environmental health and human health that I will use everything I have learned to understand.”

Fox sought out opportunities to research and learn more about the impact of the environment on health. She became the vice president of the Sustainability Club at Fresno State where she advocates for environmental preservation and education about the global effects of pollution.

“The connection to the environment is important to me as I pursue a career in the medical field. I need to build a holistic perspective on human health.”

As Fulbright Scholar alumni, their careers are enriched by joining a network of thousands of esteemed scholars, many of whom are leaders in their fields. Fulbright alumni include 60 Nobel Prize laureates, 88 Pulitzer Prize recipients and 39 who have served as a head of state or government.

Our Views: A barrage of lawsuits seeks to block a project good for St. James Parish | Our Views

Our Views: A barrage of lawsuits seeks to block a project...