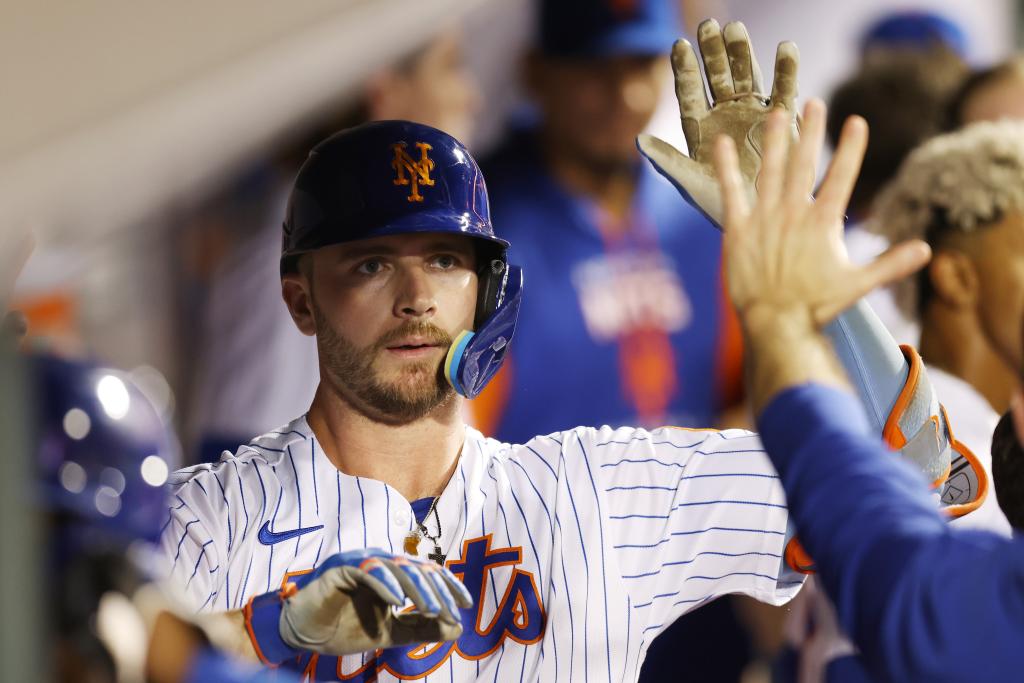 Pete Alonso snapped a bat over his knee and then snapped his slump at the plate.

The Mets’ star first baseman has gone 4-for-6, including the single and two-run blast he put up in the 3-1 win over the Rockies on Thursday night at Citi Field, since his frustrations boiled over and he cracked a bat like a toothpick over his knee in the Subway Series finale against the Yankees on Tuesday.

After a pair of base hits from Tomas Nido and Brandon Nimmo, Starling Marte grounded into a force out that advanced Nido to third. Francisco Lindor then brought Nido in on a ground out to get the Mets on the board before Alonso smacked a two-out, 409-foot bomb off the second deck in left-center for the 3-0 lead.

“That’s what you do with a 3-0 pitch, when you get a green light like that,” Mets manager Buck Showalter said. “The first ball he hit might’ve been the hardest ball he’s hit this year. … Pete has spoiled us at such a high level that when he has a period where he’s not doing the things that we know he’s capable of, he takes on the microscope.

“But he feels awful when he doesn’t always deliver and that’s hard to do. I think everyone felt good for him tonight because I know how much it means to him to contribute every night.”

The Rockies’ lone run came on a solo shot from third baseman Ryan McMahon, so Alonso’s 31st homer of the season — and 103rd and 104th RBIs — proved to be the difference for the Mets. It also brought Alonso to 137 career home runs, tying him with Joe DiMaggio for the fifth-most homers through his first four MLB seasons. However, Alonso has done it in 59 fewer games.

“It’s the same exact plan every single night,” Alonso said when asked if he feels he’s turning the corner. “Minimize swings outside the zone and capitalize on pitches inside the zone. I feel like I did a good job of that tonight and hopefully I can do the same thing tomorrow and help us win.”

Alonso’s contributions in 125 of the Mets’ 126 total games this season have been invaluable. Colorado made two pitching changes Thursday night as Alonso came up to the plate with runners on base, one resulted in a pop-out to end the fifth inning and the other his lone strikeout of the night.

Prior to Thursday’s contest, Alonso went 2-for-8 throughout the two-game series against the Yankees in The Bronx this week. The two-time All-Star was also 7-for-28 with two homers and five RBIs in his previous seven games.

“I love to win,” said Alonso, who now has a career-high 13 home runs with runners in scoring position, which is tied for the second-most in franchise history. “I love to compete. I take pride in myself in performing in crunch time.”

Cannon Road in Ascension is infamously narrow. Part of it is finally being widened....

The US jobs report for January is stunningly good