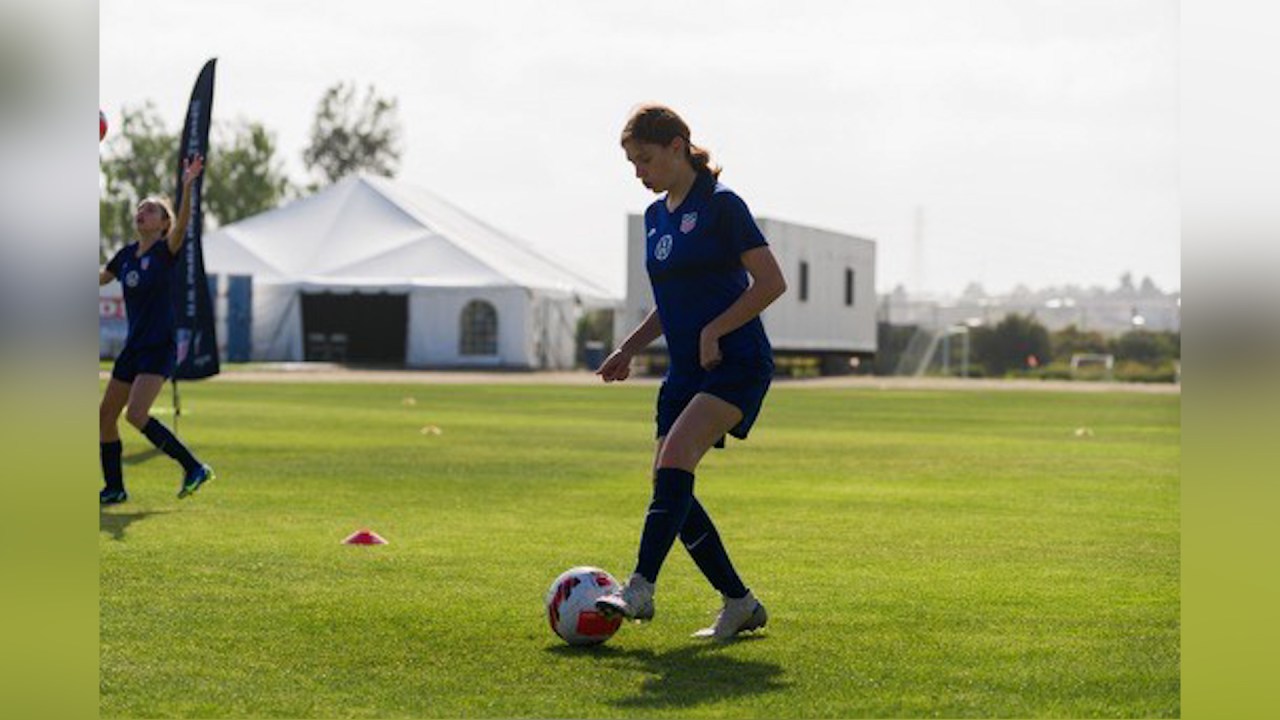 Her selection is of historic magnitude, as this will be the first women’s para national team that the United States will send to compete at the international World Cup competition in Spain.

“When I finally realized, oh shoot, we’re going to a national level is when we were in a team meeting and they’re talking about all the stuff that Spain is coming up, and it’s like wow,” Kuhnel said.

Kuhnel began playing soccer at 4-years-old, but in 2015 when she was nine, she woke up one morning and lost the full functioning ability in her legs.

“It was definitely scary,” Kuhnel said. “I didn’t know what to think, because waking up one day, couldn’t walk, I think by the end of that day I could take maybe two steps forward collapsing.”

Jesslyn and her family traveled the country seeing different specialists to find an answer or a cure to her strange condition, but she was never given a definitive diagnosis.

“Every day I wake up, sore painful legs, walking for a while hurts, standing for like more than two minutes hurts, like it’s a lot,” Kuhnel said.

Despite the fear that she may never play soccer again, Kuhnel went through years of rehabilitation to get back on the field.

By eighth grade, she joined her first high school soccer team at Port St. Joe High School, where she has played ever since, wrapping up her junior season in January.

A couple of months following the season, Jesslyn’s mother happened to find come across that the U.S. was starting up a women’s para national soccer team for the first time.

“Well my mom was just trying to find me a place to play with people similar to me as far as just disabilities,” Kuhnel said. “And I guess it went up the line with a few people with emails and it got me the opportunity to try out for the Spain roster because they thought I would be a perfect fit for it.”

From that point forward, everything progressed at light speed. On April 5, Jesslyn was asked to send videos of her working out and doing soccer drills. By April 10, she was on a plane to San Diego for the official team tryout.

“It was definitely a nerve-wracking experience, especially when I first got there,” Kuhnel said “I was like I’m about to be with a bunch of people, I have no idea who they are, but once I was picked up from the airport with a few of the other girls, it was like an automatic click.”

Kuhnel wound up being selected as the youngest member of the team.

At 16-years-old, she was just 7-years removed from the morning she thought she would never play soccer again. Now, she has the opportunity to represent America on an international stage.

“Now that I’ve worked my way up to this level it’s like alright, I’m about to be representing the United States,” Kuhnel said. “It’s like let’s do this, let’s show the world that no matter what disability any of us will have, we can still play soccer and be dang good at it.”

Kuhnel left Friday morning to meet her team in Spain. Their first of several World Cup matches will be Thursday, May 12.

Pelosi praises Taiwan as ‘one of the freest societies in the world’ in visit...

The 22-year-old slugger broke the home run record for players of...