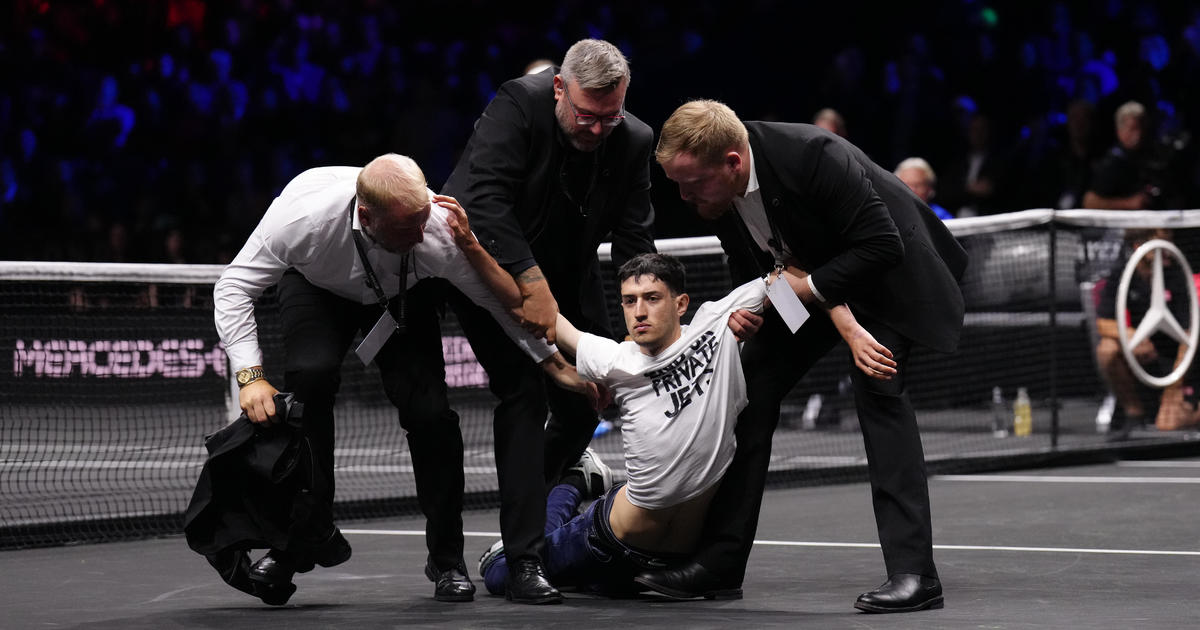 A protester set fire to part of the court and set his hand on fire during a match at the Laver Cup tennis tournament on Friday, hours before Roger Federer was due to play his last game before retirement.

The episode briefly delayed the action early in the second set of Stefanos Tsitsipas’ 6-2, 6-1 victory for Team Europe over Team World’s Diego Schwartzman at the O2 Arena.

An activist with a lighter and wearing a white T-shirt with an inscription about private planes made his way onto the black platform and sat down near the net. As a result, the guards took the man away.

“It came out of nowhere… I’ve never had an incident like this on court,” Tsitsipas, the 2021 French Open runner-up, said afterwards. – I hope everything is fine with him.

Tsitsipas spoke to the chair umpire to make sure it was safe to continue play and asked for the mark left on the court to be cleaned up.

The protester “was arrested and the police are dealing with the situation,” said a statement from the Laver Cup organizers.

Federer, a 20-time Grand Slam champion, was due to compete later on Friday, teaming up with long-time rival Rafael Nadal in the doubles.

Federer, 41, has not played an official match since Wimbledon in July 2021 and ended his career as a player after a series of surgeries on his right knee.

There have been other incidents of high-profile tennis matches being interrupted in recent years, including during the 2009 Roland Garros final when a man approached Federer and tried to put his hat on his head.

At this year’s French Open in June, a protester wearing a T-shirt reading “We have 1,028 days left” interrupted the men’s semifinal between Kasper Ruud and 2014 US Open champion Marin Cilic by attaching himself to the net with metal wires and glue and kneeling on the court.