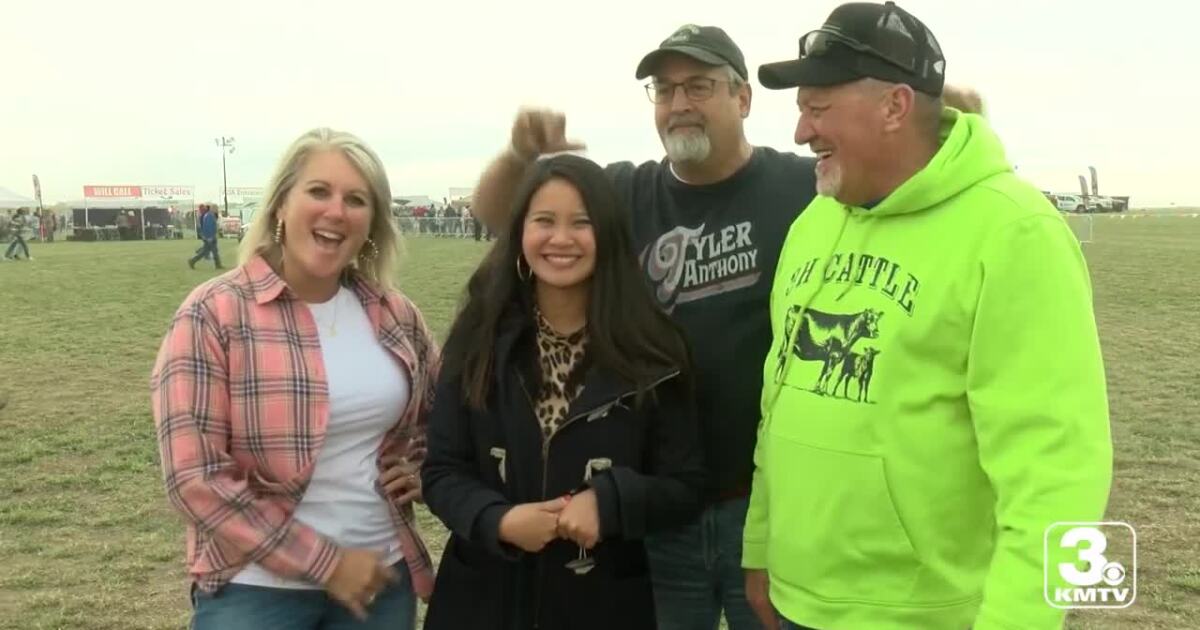 MURDOCK, Neb. (KMTV) — It’s a big concert in our area, but it’s not in Omaha or Lincoln. Instead, it’s in Murdock, Nebraska at Stock Hay & Grain Farm.

Country star Luke Bryan took the stage there on Thursday night but it was not all about the music.

Luke Bryan is partnering with Feeding America on his tour. It’s a national network of hundreds of food banks. In Omaha, Food Bank for the Heartland is feeding America’s partner. Every time fans use the hashtag #herestothefarmer a meal will get donated to Feeding America. Donations are coming at a critical time.

Nebraskans and country music fans John and Judy Stroy come from a family of farmers. They know how difficult the job can be and call farmers “America’s backbone.”

“Farming is a major, major industry and our farmers, to me, are very underappreciated when it comes to the whole scheme of things,” Judy said.

“Our cities keep growing and our farms keep getting smaller, so the amount of acres out there are less and less by the year,” John said.

“Right now, one in 10 across the Heartland — with one in seven being children — are struggling with food insecurity. And we’re seeing record numbers that are eclipsing what we saw, the height of the pandemic,” Food Bank for the Heartland’s Stephanie Sullivan said.

Food Bank for the Heartland serves 93 counties across Nebraska and western Iowa.

There’s a promise from this concert: donations will pour back into the rural areas these farmers tirelessly serve.

“We actually see that food insecurity is higher among those rural neighborhoods that have a high need but low resources,” Sullivan said.

It’s bringing attention back to the roots of our country and an entertainer with country roots himself.

“The more we can get out there, the more he can help people by putting on a concert like this and using his talents, the better off everybody is,” John said.

Luke Bryan also teamed with Farmland, the National Pork Board and the Nebraska Pork Association. They’ll donate 40,000 lbs. of protein next week to Food Bank of the Heartland.

Download our apps today for all of our latest coverage.

Get the latest news and weather delivered straight to your inbox.

Pennsylvania GOP Senate race likely headed to a recount to be decided in June...

Partners in Policymaking celebrates 35 years of advocacy and training for...