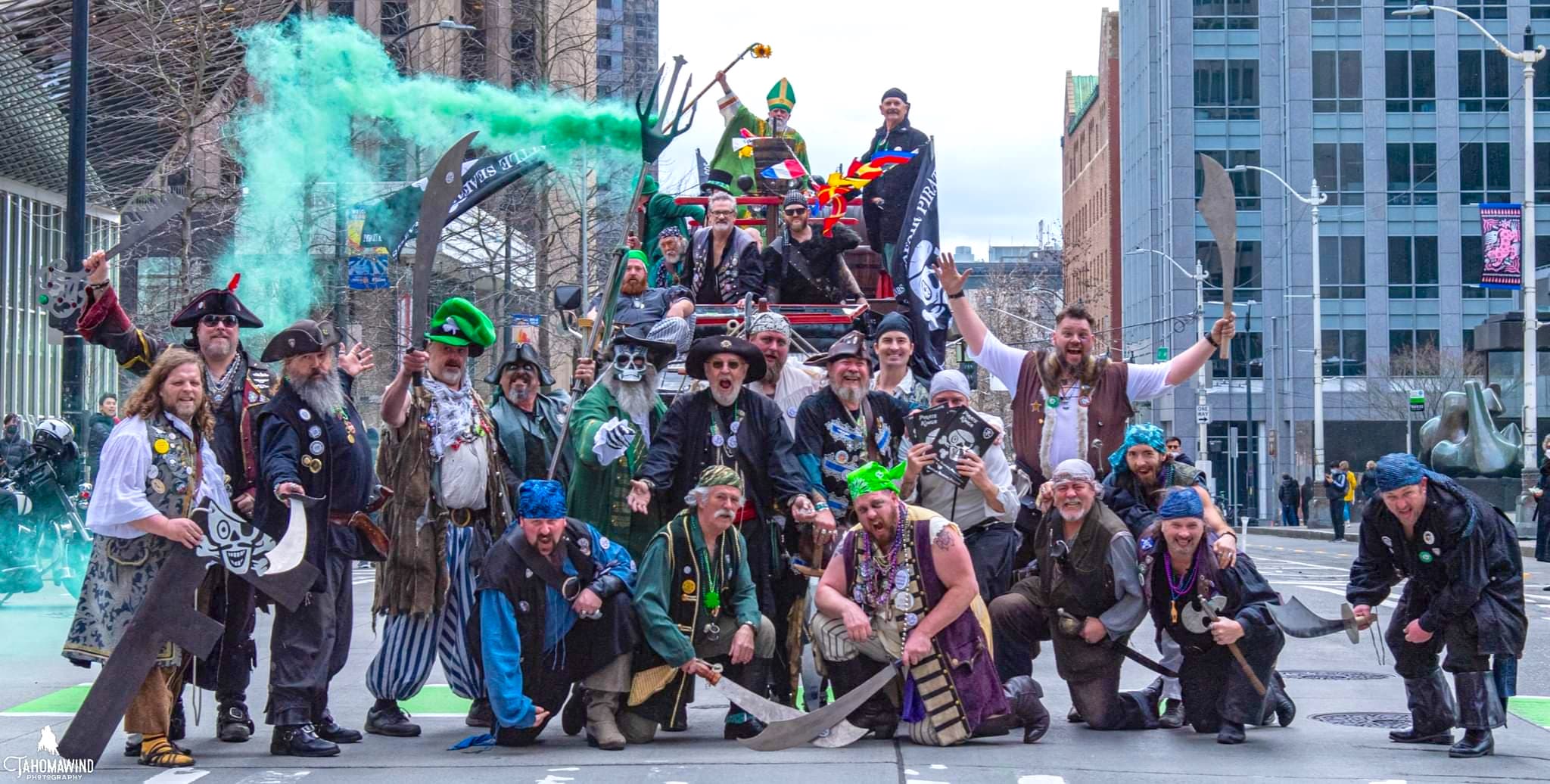 The Seafair Pirates are BACK and as gnarly and snarly as ever. They’ve been gone for two years and their return is much anticipated. Be prepared to have your timber shivered.

For the first time since the pandemic, the beloved Seafair Pirates will be making their landing at Alki Beach to kick off Seafair June 25.

Mark your calendars for June 25th! The annual Seafair Pirates Landing at Alki beach is back after a two-year hiatus due to COVID. Seafair Pirates Landing signals the official beginning of Seafair (and the unofficial start to summer) and introduces the city to a new Pirate Captain andDavy Jones. A tradition in Seattle for over 70 years. the Pirates will be storming the beach to steal the key to the city on Saturday, June 25. The pirates will land around 1:30 p.m. with festivities beforehand. Once on the beach, the Pirates will entertain kids of all ages, with treasures galore to share.

According to incoming Captain Kidd Michael “Mouthfish” Brown, “We are excited to be back in Seattle invading Alki beach after a two-year layoff. But be warned, we will be firing our cannon, drinking rum, and raiding the beach in force. No one is safe!” He also admitted that although the Pirates do not intend to kidnap any kids during the landing, he could not give assurances they would not make anyone walk the plank. When asked about his time as Captain of the Pirates, outgoing Captain Kidd Damian “Terrible” Terrell stated,

“good riddance-_these pirates are stinky and lazy. I’m ready to be done with these scallywags.” Joining   Captain Kiddat landing will be Davy Jones Tom “Tempest” Lether.

The Seattle Seafair Pirates have been scaring kids and delighting the Puget Sound since forming in 1949. That year, the younger members of the Washington State Press Club’s action committee, the Ale & Quail Society, founded the Seattle Seafair Pirates. The members of the Society then joined together with other community leaders to create Seattle’s first Seafair festival in 1950.

Since that time the Seattle Seafair Pirates have directed their energies and talents toward the promotion and production of Seattle’s annual Seafair festivities. Every summer since 1950 the Seafair festivities have begun with the annual proclamation of Davy Jones’ renewed warfare upon the upstart, so-called “King” Neptune. In due course the city falls and the Mayor hands over the keys to the city at the Pirate’s Landing.

The Seafair Pirates are led by Captain Kidd and Davy Jones. Captain Kidd is elected by the Ale & Quail Society to lead their pirate operations.

Davy Jones, an honorary Seafair Pirate, is chosen from the Seattle community to sail with the Pirates for one year. The Pirates are a scurvy bunch of rogues who annually participate in countless parades, visit hospitals, assisted living facilities, and work to promote Seattle and Seafair year-round. Made up of members from our community, they tirelessly dedicate themselves to bringing joy (and terror) to children of all ages. The Pirates often create memories!

Bachelor of Nations stars and more