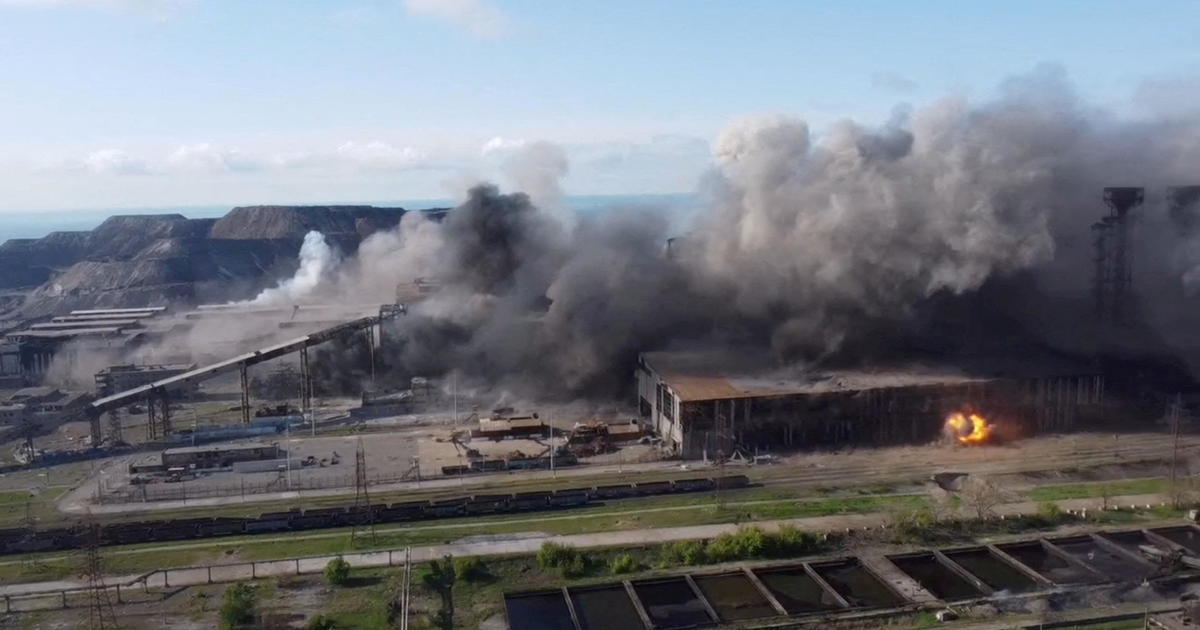 Dozens more civilians were rescued on Friday from the tunnels under besieged steel plant where the Ukrainian fighters were in Mariupol make the last fight to prevent the complete capture by Moscow of a strategically important port.

Russian and Ukrainian officials said 50 people had been evacuated from the Azovstal plant and handed over to representatives of the United Nations and the International Committee of the Red Cross. The Russian military said the group included 11 children.

Russian officials and Deputy Prime Minister of Ukraine Iryna Verashchuk said the evacuation would continue on Saturday. The last evacuated were in addition to about 500 other civilians who got out of the factory and the city in the last days.

The struggle for the last Ukrainian fortress in the city, which turned into ruins as a result of the Russian offensive, looked increasingly desperate amid growing speculation that President Vladimir Putin wants to end the battle for Mariupol so he can present a triumph to the Russian people ahead of Victory Day on Monday. the biggest patriotic holiday in the Russian calendar.

As the Soviet Union’s victory in World War II over Nazi Germany approached, cities across Ukraine were preparing for an expected increase in Russian attacks, and officials urged residents to pay attention to air raid warnings.

“These symbolic dates for the Russian aggressor are red for the bull,” said First Deputy Interior Minister of Ukraine Yevhen Enin. “While these days the whole civilized world remembers the victims of terrible wars, the Russian Federation wants advice and is preparing to dance over the bones in Mariupol.”

According to the latest estimates by Russia, about 2,000 Ukrainian fighters hid in a wide maze of tunnels and bunkers under the Azovstal metallurgical plants, and they repeatedly refused to surrender. Ukrainian officials said before the evacuation on Friday that several hundred civilians were also trapped there, and fears for their safety have intensified as the battle has intensified in recent days.

Ekaterina Prokopenko, whose husband Denis Prokopenko leads the troops of the Azov Regiment on the territory of the plant, also desperately called for pity for the fighters. She said they were ready to go to a third country to wait for the war, but would never surrender to Russia because it would mean “filtration camps, prisons, torture and death”.

If nothing is done to save her husband and his people, they “stand to the end without surrender,” she told The Associated Press on Friday.

President of Ukraine Volodymyr Zelensky said that “influential states” are involved in efforts to save the soldiers, although he did not name any.

“We are also working on diplomatic options to rescue our military, who are still on Azovstal,” he said in a night video.

UN officials have silenced efforts to evacuate civilians, but the latest evacuees appeared to be taken to Zaporozhye, a Ukrainian-controlled city about 140 miles northwest of Mariupol, where others escaped from the port.

Some of the previous evacuated plant spoke to the AP about the horrors of being surrounded by death in a moldy, underground bunker with little food and water, poor medical care and diminished hope. Some said they felt guilty for leaving others.

“People are literally rotting like our jackets,” said 31-year-old Sergei Kuzmenko, who along with his wife, 8-year-old daughter and four people escaped from a bunker where 30 people remained. “They are in dire need of our help. We need to get them out. “

Fighters defending the plant said in a telegram on Friday that Russian troops had fired on an evacuation vehicle at the plant. They said that during the shelling the car was moving towards civilians and that one soldier was killed and six wounded.

Moscow did not immediately recognize the resumption of fighting there on Friday.

Russia took control of the rest of Mariupol after two months of bombing. On the eve of Victory Day, municipal workers and volunteers cleaned up the remains of a city with a pre-war population of more than 400,000. Perhaps there remain about 100,000 civilians with scarce supplies of food, water, electricity and heat. Bulldozers were picking up garbage, and people were sweeping the streets against the backdrop of hollowed-out buildings. Russian flags were hoisted.

The fall of Mariupol would deprive Ukraine of a vital port. It will also allow Russia to create a land corridor to the Crimean peninsula, which it seized from Ukraine in 2014, and free part of Russian troops to fight elsewhere in the Donbass, an eastern industrial region that the Kremlin says is now its main target. His capture also has symbolic value, as the city was the scene of some of the worst suffering of war and surprisingly brutal resistance.

While they fought back at the plant, Russian troops struggled to achieve significant success elsewhere, 10 weeks of devastating war that took thousands of people, forced millions to leave the country and destroyed large areas of cities.

Ukrainian officials said that on the eve of Victory Day, the risk of massive shelling increased. Kyiv Mayor Vitali Klitschko said that the authorities will intensify street patrols in the capital. In the south of the Odessa region of Ukraine, which was the object of two missile strikes on Friday, a curfew began.

The General Staff of the Ukrainian military said on Friday that its forces had repulsed 11 attacks in the Donbass region and destroyed tanks and armored vehicles, further shattering Putin’s ambitions after his attempt to seize Kyiv. Russia did not recognize the losses.

The Ukrainian army also said it had made progress in the northeastern Kharkiv region, returning five villages and part six. Meanwhile, one person was reported killed and three others injured Friday in the Russian shelling of the town of Lyman in Ukraine’s eastern Donetsk region.

China and Russia see the US in the crosshairs at the...