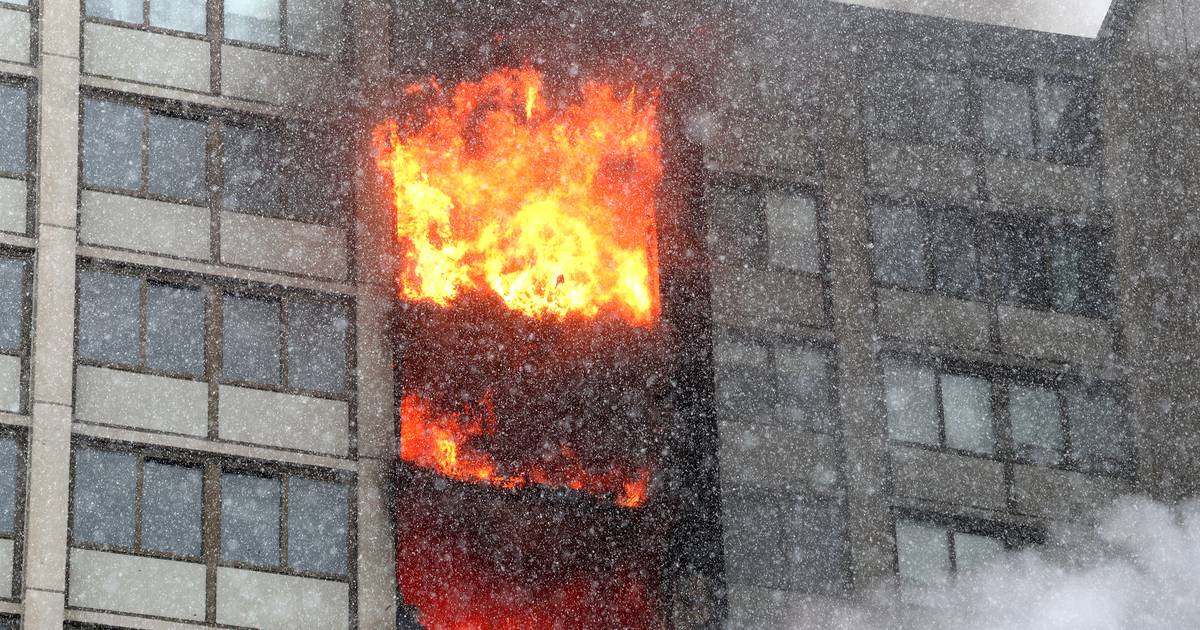 Several victims were injured Wednesday in an extra-alarm fire at a high-rise building in the Kenwood neighborhood.

Earlier, a person was taken in serious-to-critical condition to an area hospital, but later a spokesman said several people were transported to hospitals.

Chicago firefighters responded to a call shortly after 10:15 a.m. Wednesday of a fire at a high-rise building in 4800 block of South Lake Park Avenue.

Firefighters were told the fire was on the 18th floor, but later officials said the blaze was on the 15th, 16th and 17th floors. A 411 alert was called at the scene.

Initially, more than six ambulances were deployed to the building but that was later updated to 12.

Flames were seen coming out of an upper floor window around 10:45 a.m., but shortly after fire officials wrote on Twitter the fire was under control.

At 12:38 p.m., fire officials said the fire was struck out but ambulances were still on scene.

Shortly after 12:30 p.m., CFD spokesman Larry Merritt said several people were injured but an exact number was not available.

The walls are finally starting to close in — so expect Trump to announce...