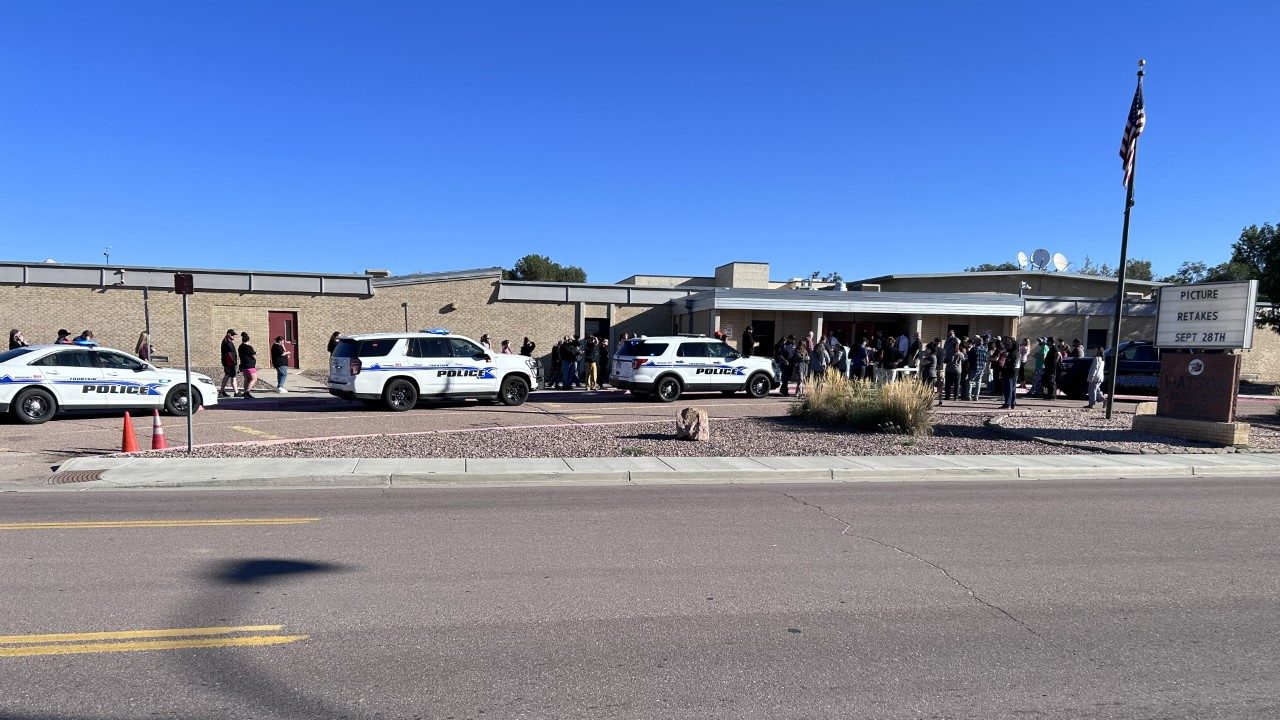 WSD3 said that it is all clear at Watson Junior High School and that students have returned to class. WSD3 said there was no threat and no shooter, and thanked the EPSO for a “thorough investigation and ensuring everyone was safe.”

COLORADO SPRINGS — The El Paso County Sheriff’s Office (EPSO) tweeted that they are on the scene of Watson Junior High School and the building has been cleared. EPSO said, “there is no shooter” and they are investigating claims that were reported.

At around 8 a.m. on Friday, Sept. 23, Widefield School District 3 (WSD3) tweeted that they were having an alarm malfunction at Watson Junior High School, and said it was not a real lockdown and that students and staff were safe. Samantha Briggs, Director of Communication for WSD3, tells FOX21 that there was an alarm malfunction and the situation is all clear. Briggs also asked the community to avoid the area.

EPSO also said they are working with local law enforcement and WSD3 security teams to ensure the safety of all students. WSD3 said on Twitter, that personnel from EPSO, along with the WSD3 Security Team were actively addressing parents and students in person.

The school district will also send out messaging regarding the school schedule for the remainder of the day.

FOX21 News has a crew on scene and will update this article when updates come in.