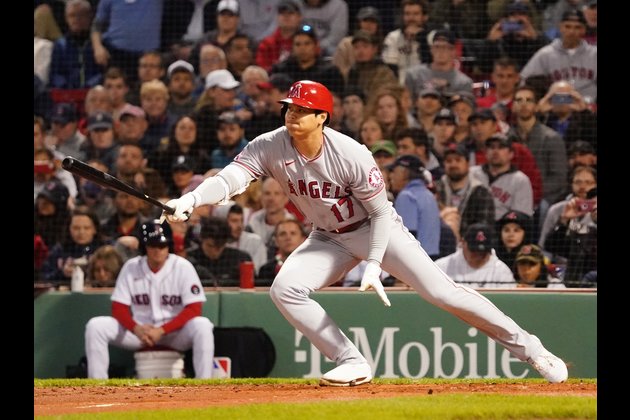 The Boston Red Sox will look to build on their second shutout win of the season when they continue a three-game home series against the Los Angeles Angels on Wednesday night.

Shohei Ohtani returned to the Angels’ lineup as the designated hitter after being held out of the previous game due to right-groin tightness. He recorded the first hit against Boston starter Michael Wacha in the fourth inning and finished 1 for 4, recording one of just three total Los Angeles hits.

With Ohtani’s return to the rotation now delayed for one more day, left-hander Reid Detmers (1-1, 5.19 ERA) will start the middle game of the series for the Angels.

Detmers earned his first win of the season Thursday against Cleveland. He worked five innings of two-hit, one-run ball, with four strikeouts.

The second-year player has never pitched against Boston.

Despite being beaten in the series opener, the Angels got a seven-inning start out of Noah Syndergaard. It was his longest outing since his return from Tommy John surgery in 2020.

“I thought we played great. I thought our defense was outstanding and we pitched well,” Maddon said. “Normally you win games like that. I have a ton of faith in our offense, so (after) a game like that, you just take a shower, go home and come back the next day. … We have to figure out a way to beat (good pitching).”

Whitlock has worked well in both starting and relief roles this season, striking out 20 while allowing just one earned run in 16 2/3 innings.

The right-hander was dominant in his debut April 23 start at Tampa Bay, striking out seven over four innings of one-hit ball. He was charged with a loss five days later against Toronto despite allowing just one unearned run on four hits in three innings.

“Obviously, the preparation is different, of course, because you’re trying to go five, six innings,” Sox manager Alex Cora said recently. “Big-league hitters, big-league lineup, you have to see tendencies and all that. It’s not that you didn’t do that out of the bullpen, but it’s different.”

Wednesday will mark Whitlock’s second career appearance against the Angels. He struck out the side in one inning during a Boston loss last July 7.

“We hit the ball hard again and we were hunting pitches in the zone,” Cora said. “We got pitches; we put good swings on them. It was a good beginning. We played good defense, and it’s good to win the first one of the series.”

Tanner Houck, who was unable to travel to Canada for his scheduled start last week due to being unvaccinated, will remain in the bullpen as a long reliever for now.

The Angels’ pitching depth shrank before Tuesday’s game, as reliever Austin Warren was placed on the 15-day injured list with a nasal fracture after being hit by a stray ball during Red Sox batting practice. Elvis Peguero pitched on the same day he was activated.