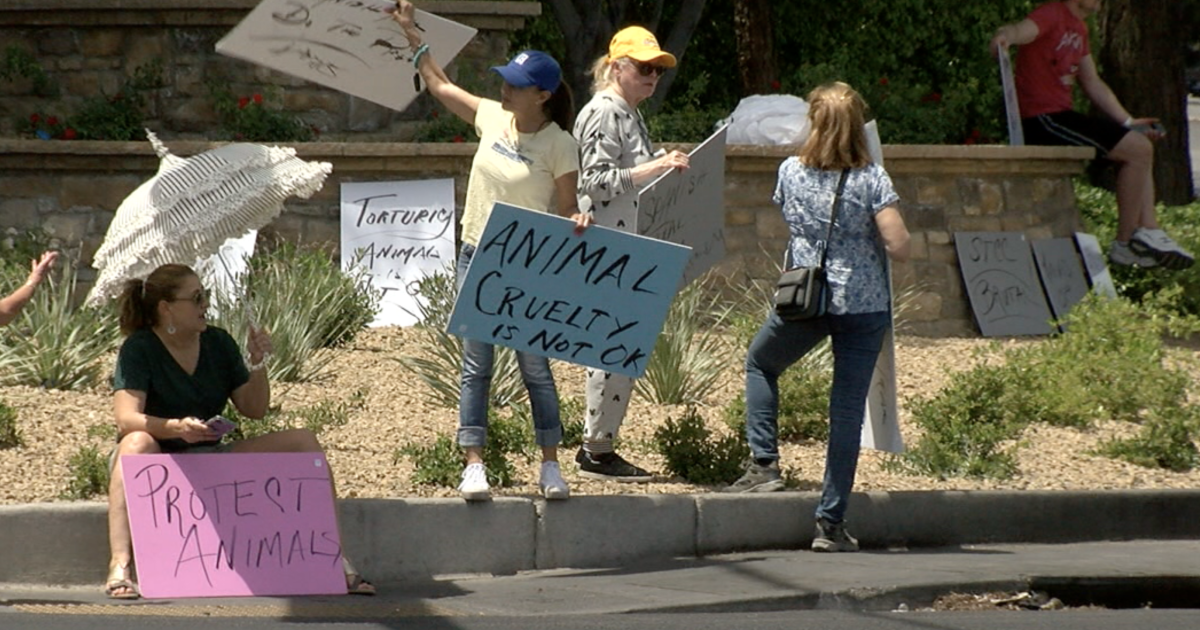 LAS VEGAS (KTNV) — Demanding change and accountability. Animal welfare advocates and residents in the Spanish Trail community remain livid over the killing and injuring of geese by the staff there and held a protest.

Angry voices protesting outside Spanish Trail Saturday furious over geese killed and injured by staff inside the neighborhood. One resident Dana Souter says the birds belong there.

“Spanish Trail when developed created as nirvana for these birds and they have migrated for decades here,” she said.

Signs expressing support for the geese were visible to drivers on Rainbow and Tropicana. The protestors wanted to get their message across.

Spanish Trail golf course and country club management previously told 13 Action News they were removing geese to protect landscaping and people, as geese tend to carry diseases. Staff there had a permit from the Nevada Department of Wildlife to do that. After our initial report on the community’s outrage and an emergency country club board meeting, management has hired a company to relocate the geese to a wildlife preserve. Souter says that should have happened sooner.

“What they need to move is to proper and humane options other than killing geese.”

Management has apologized and sympathized with residents angry over the geese removal.

“The people responsible are held accountable to the fullest extent of the law,” she said.

The Department of Wildlife is conducting an investigation into what exactly was going on inside the neighborhood. Residents at the protest say they want to see a thorough investigation.