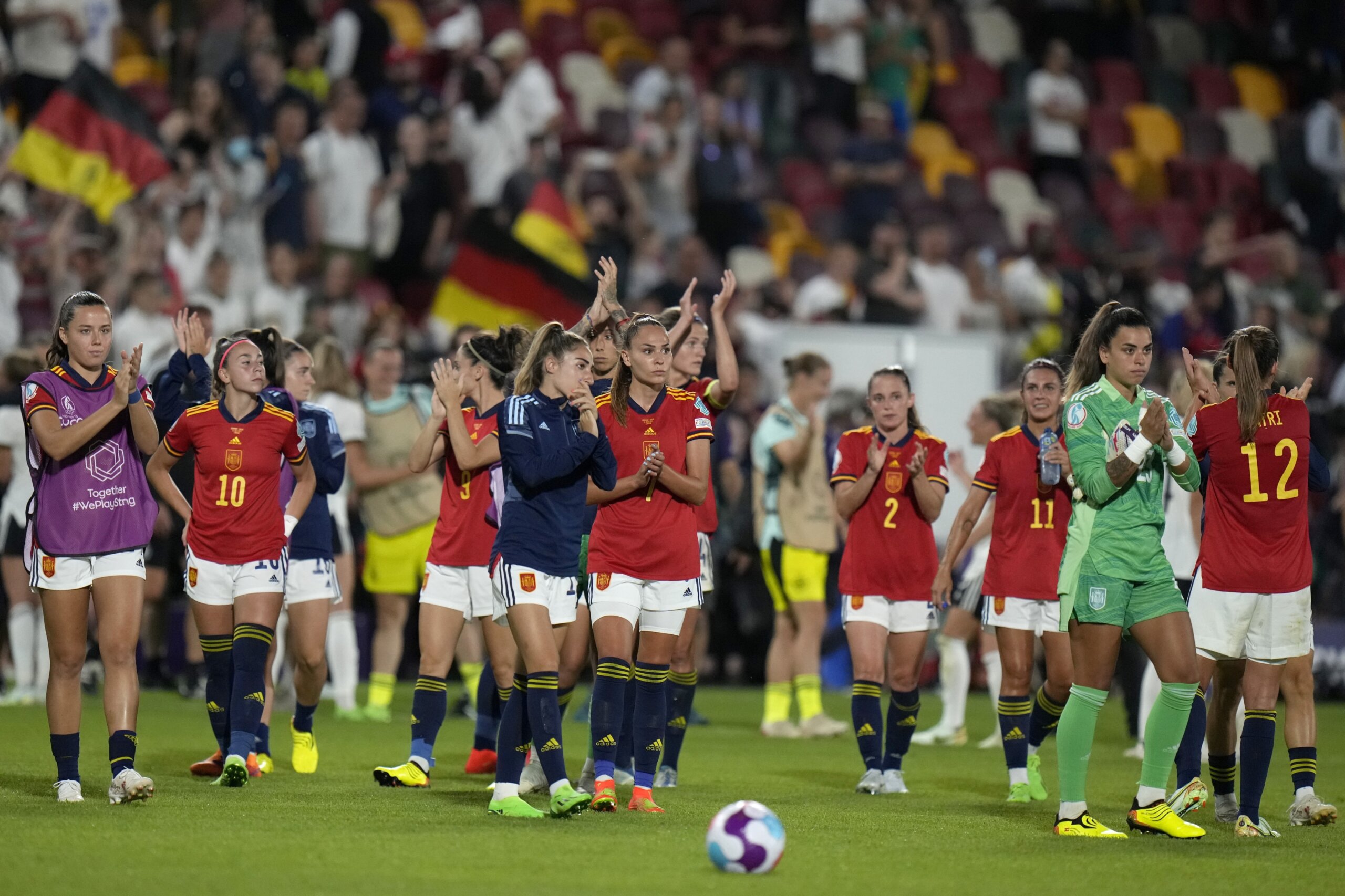 BARCELONA, Spain (AP) — Spanish soccer is in turmoil after 15 players on the women’s national team pulled out of…

BARCELONA, Spain (AP) — Spanish soccer is in turmoil after 15 players on the women’s national team pulled out of the squad saying their coach has “significantly” affected their “emotional state” and their health.

Late Thursday, the federation announced that the 15 players had sent identical letters by email, citing coach Jorge Vilda as the reason for the problems.

On Friday, the email sent by the players was published by local media. The federation confirmed to The Associated Press that the email was genuine and the names of the 15 players, which did not include Ballon d’Or winner Alexia Putellas.

The email did not explicitly demand for Vilda to be fired. It said “the general situation on the Spanish national team generated by recent events, events which (the federation) is aware of, is greatly affecting my emotional state and therefore my health.”

“Due to this, I presently do not consider myself to be a available for our national team and therefore ask to not be called up until this situation changes.”

The email adds the player’s “full commitment to the team in the past, present and future.”

Earlier this month, Guijarro appeared at a news conference alongside the team’s first captain, Irene Paredes, and striker Jennifer Hermoso to explain their troubles with Vilda. Neither Paredes nor Hermoso are among the 15 who have asked to leave the team.

At that news conference, Paredes said the players had never asked for Vilda to be fired, but she said they were not happy with the results of the team that made it to the quarterfinals of the European Championship in July before losing to eventual champion England 2-1.

“It is a complicated moment,” Paredes said. “We are an ambitious team and we want to get better and win. We believe that various internal aspects (of the team) must improve.”

Guijarro then said “there is a generalized discontentment among the team for what we went through at the end of the Eurocup. We thought that we had a group that could win titles. We think that and feel that way. After the Eurocup, the group sent that message to our coach.”

Vilda also spoke about the fracture among the team during the European Championship, which was played in England.

“The atmosphere on the team has always been good,” Vilda said. “In the first 15 days of the Europcup (camp) the atmosphere was positive. Then the games started and something changed. We were in a soccer paradise, and I hope that we can get back there in the future. We have a team of good players, and we are just one step away from being a great team.”

At that news conference, none of the players mentioned their emotional health. That has led to speculation in Spanish media that there may be something more behind the decision than just disappointing results.

Ana Álvarez, the head of women’s soccer at the Spanish soccer federation, defended the professionalism of Vilda.

While saying she does not question the emotional distress of the players, Álvarez said there had been no reports of verbal or sexist abuse similar to the ones that have been leveled by former players against Vilda’s predecessor, Ignacio Quereda, who Vilda replaced in 2015.

Quereda resigned after his players publicly demanded the federation get rid of him because of what they called his poor preparation for the 2015 World Cup. Former players later accused him of using sexist and homophobic language to abuse them psychologically during his nearly three decades in charge.

“Nothing like that has ever occurred (under Vilda),” Álvarez told Cadena SER radio late Thursday. “All of us are professionals and there has never been anything to taint that. Nothing of what you could be thinking has happened. That would be very serious.”

The Spanish soccer federation has said that the players will not be allowed to return until they “ask for forgiveness.”

Spain is scheduled to host friendlies against Sweden on Oct. 7 and the United States on Oct. 11. Vilda is expected to announced his squad for those games next week.

Álvarez said the federation will call up younger and less experienced players to complete its squad if needed.

“The federation comes first,” she said.

US hiring likely slowed last month (which may be good news)

Charles Munger: Investing in stocks is much easier than investing in real estate, that’s...