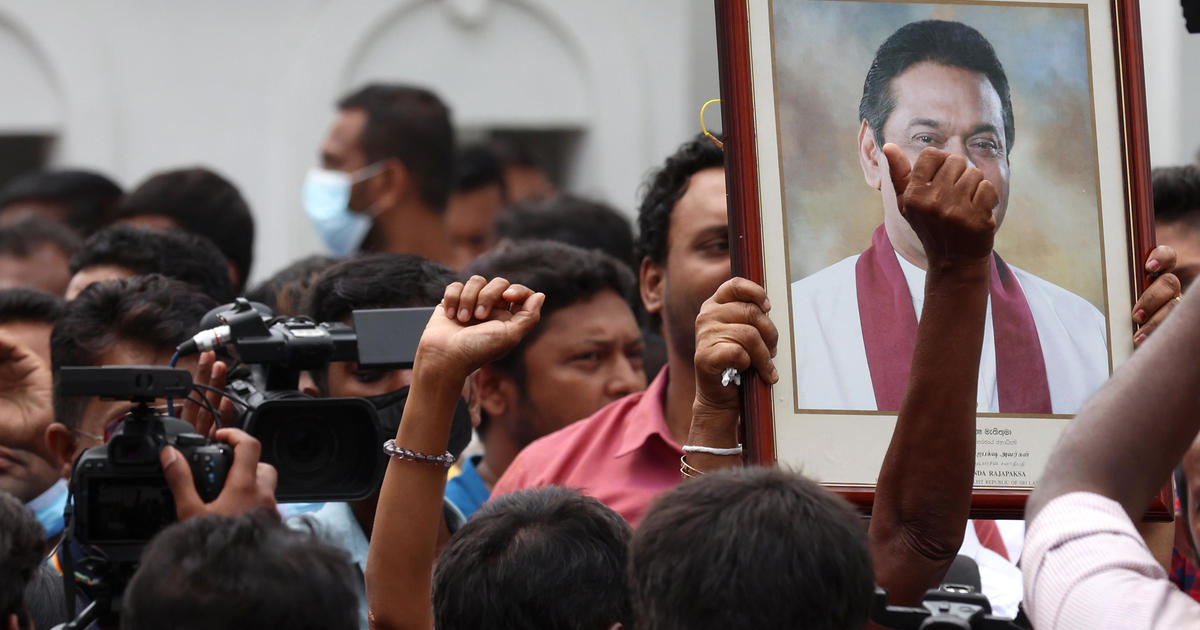 The Sri Lankan military has evacuated the outgoing prime minister Mahinda Rajapaksa from his official residence in Colombo during Tuesday morning’s operation, hours after the leader resigned and protesters tried to break into his home.

Rajapaska’s evacuation to a secret location came after clashes between supporters and anti-government protesters that killed at least five people, including a lawmaker, and injured nearly 200 civilians.

Rajapaksa’s resignation on Monday came after weeks of protests against how the government is tackling the worst economic crisis facing the South Asian island nation in its 74-year history as an independent country.

Rising prices for fuel, food and medicine, combined with shortages of supplies and prolonged power outages since mid-March, have damaged the country’s economy and brought it to the brink of civil unrest and political instability.

The country’s capital, Colombo, still faces power outages of about four hours a day, which could increase to 10 hours a day if the government is unable to import or purchase fuel until next month.

Rajapaksa has resigned his younger brother, President Gotabai Rajapaksa, calling for an interim government and saying he hopes it will help resolve the crisis.

But the move is not expected to satisfy anti-government protesters who have demanded that both brothers leave.

A curfew and a state of emergency have been in effect in Sri Lanka since Friday, when the situation began to worsen.

On Monday, Rajapaksa supporters began attacking anti-government protesters, who for weeks had encamped at three protest sites in Colombo, including near the offices of the prime minister and president.

Rajapaksa supporters pitched protesters’ tents near the temple’s prime minister’s residence and then stormed a nearby Gota go home protest site, a reference to Gotabaja Rajapaksa.

During the collision, the two police officers and the military used tear gas and water cannons, causing hundreds of injured.

As Monday evening approached, protesters enraged by an attack on their protest site set fire to Rajapaksas’ private residence in Kurunegal, about 62 miles northeast of the capital, Colombo. The homes of several of his ministers and loyalists were also burned elsewhere in the country.

“Crowds everywhere … it’s an extremely chaotic situation,” a journalist from Colombo, who declined to give his name, told CBS News on Tuesday.

Massive anger against the government began to rise a few months ago as the country battled the effects of the COVID-19 pandemic, which nearly disappeared from the country from tourism – one of the biggest foreign exchange earnings.

But critics and the opposition have accused Rajapaksas of corruption and mismanagement.

Last month, the country defaulted on $ 51 billion in foreign debt, and last week, Finance Minister Ali Sabri said they had only $ 50 million left in usable foreign reserves. The government has sought help from the International Monetary Fund (IMF), but with the onset of political instability, no one is sure that help will happen – which would mean an almost catastrophic situation for the country’s 22 million people.

Joe Manchin blocked climate action in the interests of his financial interests? |...

Raiders set to kick off the regular season against the Los Angeles Chargers.

Core consumer price index jumps most since 1982; Why does the inflation rate...

The head of Virgin Atlantic is calling on the UK government...