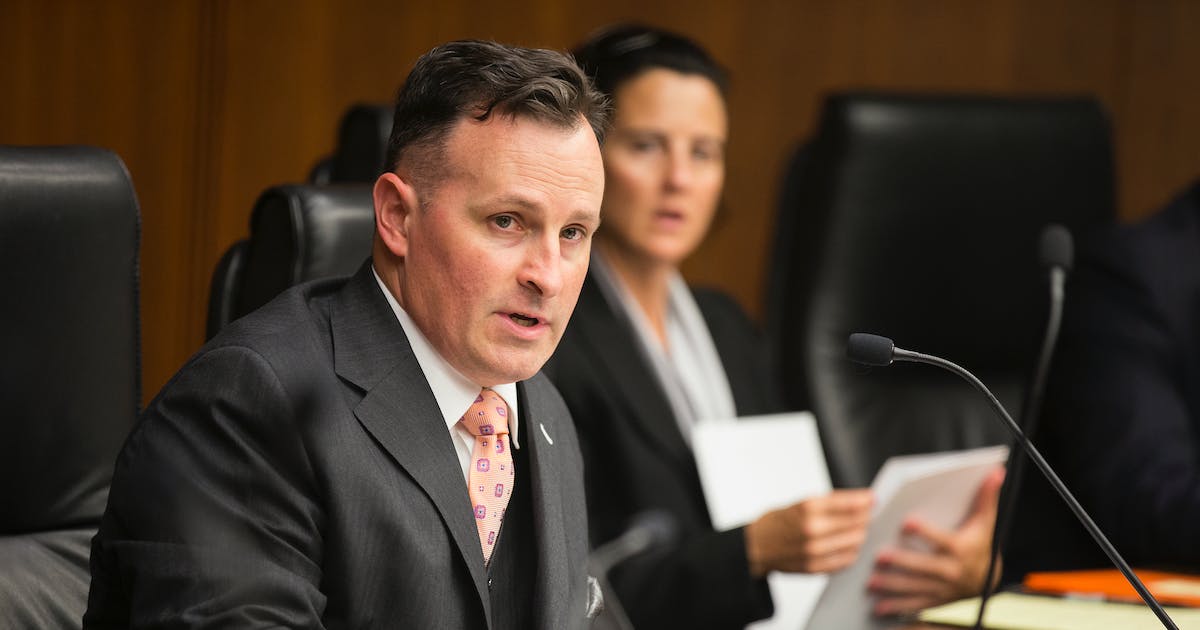 St. Paul’s city attorney has reached a settlement agreement with a former state legislator to end a defamation lawsuit that began more than four years ago.

Former state Rep. John Lesch, DFL-St. Paul, apologized last month for comments he made in 2018 about City Attorney Lyndsey Olson in a letter to Mayor Melvin Carter. Lesch said he learned that complaints against Olson that he referenced in the 2018 letter were investigated and not sustained.

“Moreover, none of the investigated issues involved complaints of prosecutorial misconduct or using her position in an unjust or unethical manner,” Lesch wrote in a May 18 letter to Carter. “I am sorry for any embarrassment or discomfort that my comments in the letter may have caused Ms. Olson.”

Olson filed a lawsuit against Lesch shortly after Carter appointed her in 2018, alleging that Lesch launched a defamatory campaign to attack her credentials after she was selected for the role.

On Monday, a judge signed a stipulated order dismissing the case with prejudice.

Lisa Lamm Bachman, Olson’s attorney, confirmed that the case “was recently settled on a confidential basis.” She declined to discuss terms of the agreement.

“Ms. Olson appreciates the closure of this matter resulting from the settlement agreement and the letter of apology,” Lamm Bachman said in an e-mail.

Lesch and his attorney did not immediately respond to requests for comment Monday.

The former legislator spent years working to get the case dismissed, arguing that he was protected by the state Constitution’s guarantee of legislative immunity.

Judges at all three judicial levels denied the request, saying Lesch’s 2018 letter to Carter — which questioned the city’s hiring process and listed concerns about Olson — did not qualify as protected legislative activity.

Lesch worked in the City Attorney’s Office for about 15 years and previously applied for the top job. He also previously served in the Minnesota National Guard, where Olson was the first woman to serve as general counsel and deputy staff judge advocate.

John Lackey, Carlos Beltrán are among 14 new names on Baseball Hall of Fame...