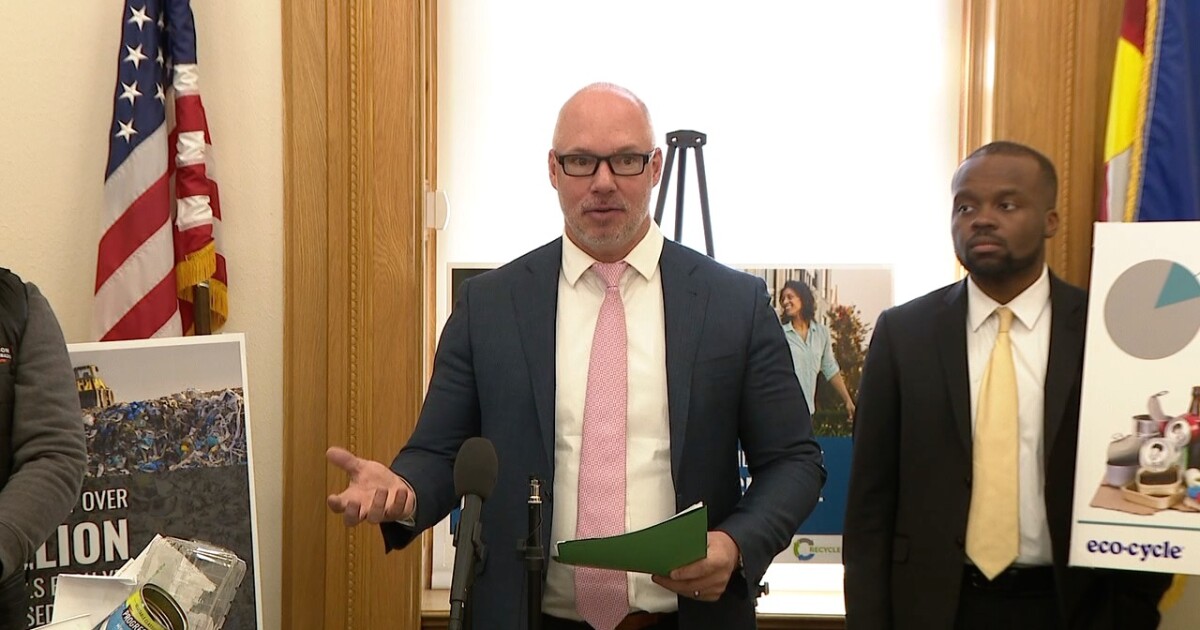 DENVER — Colorado Sen. Kevin Priola announced in a letter Monday that he has decided to change his political affiliation from Republican to Democrat.

The two-page letter named election conspiracy theories and climate change denialism as the main reasons for the switch.

Priola said he watched the Jan. 6 insurrection in horror and felt that this would be the last straw for the Republican Party to finally start distancing itself from former President Donald Trump. However, after waiting for months, nothing changed within the party, and those who spoke out were met with ridicule and threats.

“I cannot continue to be a part of a political party that is okay with a violent attempt to overturn a free and fair election and continues to peddle claims that the 2020 election was stolen,” the letter read.

Priola went on to talk about his concerns over climate change, saying his Republican colleagues would rather deny its existence than take action, and that he believes it’s the job of political leaders to work on a solution.

“My Republican colleagues consistently, and proudly, seek to impede progress on any reasonable climate measures the legislature has undertaken — and I can’t, in good conscience, be silent about that,” the letter read.

However, the letter stopped short of saying that Priola will subscribe to all of the Democratic Party’s ideals. He insisted that he will continue to be an independent thinker and will not change is pro-life, pro-Second Amendment, pro-school choice stances, which run against the Democratic Party platform.

“To be clear, I will not be changing the way I vote on legislation. I just simply will now cast my votes with a D next to my name instead of an R,” Priola said.

Priola, a small business owner who represents parts of Adams County, has been in the legislature since 2009. He first served as a state representative from 2009 through 2017.

In 2017, he was elected to Colorado Senate and was reelected in 2020. Priola’s current term ends in 2025 and will be his last with the state’s term limits.

A history of party switches

Priola is certainly not the first Colorado politician to switch political affiliations.

“It happens once in a while, but it’s pretty rare. For the most part, these people run for office as either Democrats or Republicans and they stay with that through their life,” said University of Denver political science professor Seth Masket.

In 2018, former state Rep. Steve Lebsock political affilitation from Democrat to Republican right before being expelled from the state legislature over sexual misconduct allegations.

In 2007, former state Rep. Debbie Stafford left the Republican Party to join state Democrats, telling the Denver Post that she wasn’t leaving the party as much as the party left her. She was also term-limited at the time. Like Priola, she also said at the time that she will not be changing her votes or values, just her party.

Former Congressman Tom Tancredo also switched his political affiliation in 2010, announcing he was going to join the American Constitution Party in his run for governor. He came in second place during that election.

In 2009, former state Rep. Kathleen Curry was serving as Speaker Pro Tempore, the second highest position in the Colorado House of Representatives, when she decided to switch from Democrat to unaffiliated. Curry told reporters she faced too much pressure from her former party to take financial supporters’ desires into account when voting on legislation.

Former U.S. Senator Ben Nighthorse Campbell switched from the Democratic Party to the Republican Party in 1995 and was reelected to the U.S. Senate in 1998 despite the party change.

Welcome to the party

Online, state Democrats have welcomed Priola with open arms, calling him courageous and saying they look forward to working with him.

Senate President Steve Fenberg, D-Boulder, told Denver7 he has been speaking with Priola over the past several months and believes Priola is picking the future of the state over partisan politics.

“This wasn’t a knee jerk reaction. It’s just been something that’s been weighing on him, and I assured him that our party is a big tent. He doesn’t have to agree with our Democratic agenda on everything,” Fenberg said.

Fenberg said he knows there are issues where the two will not agree, and that there will likely be times in the legislature when Priola is the sole Democrat voting for or against a bill, but thinks it could be better that there is less political tribalism.

“If I were the Republican Party, I would look inward and say, “What did we do wrong? How are we pushing people like Kevin Piola out of our party?”” Fenberg said.

Republicans, meanwhile, have not held back their criticism of Priola. In a statement, Senate Minority Leader John Cooke, R-Weld, said that people should not be surprised by the announcement, and that for the past several legislative sessions, Priola has voted with Democrats on major policy priorities.

“If you look at Jan. 6, from the very beginning, all Colorado Republicans who are in office stepped out and said that violence was never okay to pursue a political goal,” Burton Brown said.

She also pointed out that the candidates that won the majority of the Republican primaries do not deny the results of the 2020 election, like U.S. Senate candidate Joe O’Dea, gubernatorial candidate Heidi Ganahl or Secretary of State candidate Pam Anderson.

“Our slate of candidates for statewide congressional and legislative office are very solid. They’re focused on real solutions for working families. They don’t talk about the things that he’s claiming we talk about,” Burton Brown said.

Ganahl has faced criticism in recent weeks, however, for her pick of Danny Moore for lieutenant governor. Moore was removed from his role as the head of the state’s independent redistricting committee after posting on social media that he doubted the results of the 2020 election and blamed voter fraud.

Others like U.S. Rep. Lauren Boebert have also questioned the results of the 2020 election and worked against its certification. In April, numerous other state lawmakers, including Rep. Dave Williams, R-El Paso, Rep. Richard Holtorf, R-Akron, Rep. Mark Baisley, R-Roxborough Park, all spoke at an “Election Truth Rally” featuring Mesa County Clerk and Recorder Tina Peters and MyPillow CEO Mike Lindell, where they repeated some of the debunked claims of election fraud.

Burton Brown called Priola’s move to leave the party a little more than two months before the election selfish and said he’s gone back on the promises he made to people in his district.

Other prominent Republicans like Michael Fields have begun calling for Priola to be recalled, something Burton Brown said may happen after the election.

“I think it’s highly likely that Senator Priola finds himself out of a job in January,” she said.

Masket believes this shakeup highlights some of the Republican infighting happening across the country and within the state over the direction of the party.

“Within the state legislature, it’s the much more conservative, Trump-leaning faction that seems to have a lot of the energy within the party right now. They’ve been controlling a lot of the Republican caucus in the state House and Senate,” he said,

Masket said he wouldn’t be surprised if the Republican Party tries to make an example out of Priola by either recalling him or making his time in the legislature difficult.

“They see him as a traitor. You know, he betrayed the party. They’re either itching for some sort of payback or looking for other ways of finding true conservatives to stand up,” Masket said.

He wonders what this change will mean for lawmakers who reach across the aisle in a legislature that’s known to pass many bipartisan bills in any given legislative session, and whether it will have a cooling effect on that spirit of cooperation.

Will this affect the balance in the senate?

Of the 35 seats in the Colorado seat, with Priola’s addition, 21 are now held by Democrats and 14 are held by Republicans. Come November, 17 of those seats will be up for grabs, Priola’s not included.

While Republicans have been hopeful about taking control of the Senate, this shakeup make the change more difficult. Republicans need to win 12 of the 17 races to take control.

Burton Brown insists it is still possible. Fenberg, on the other hand, says he expects his party to keep control of the Senate.

As for Priola, he wrote in his letter, “There is too much at stake right now for Republicans to be in charge.”

Most of Chicago Area Still at ‘High’ Community Levels of the Virus – NBC...