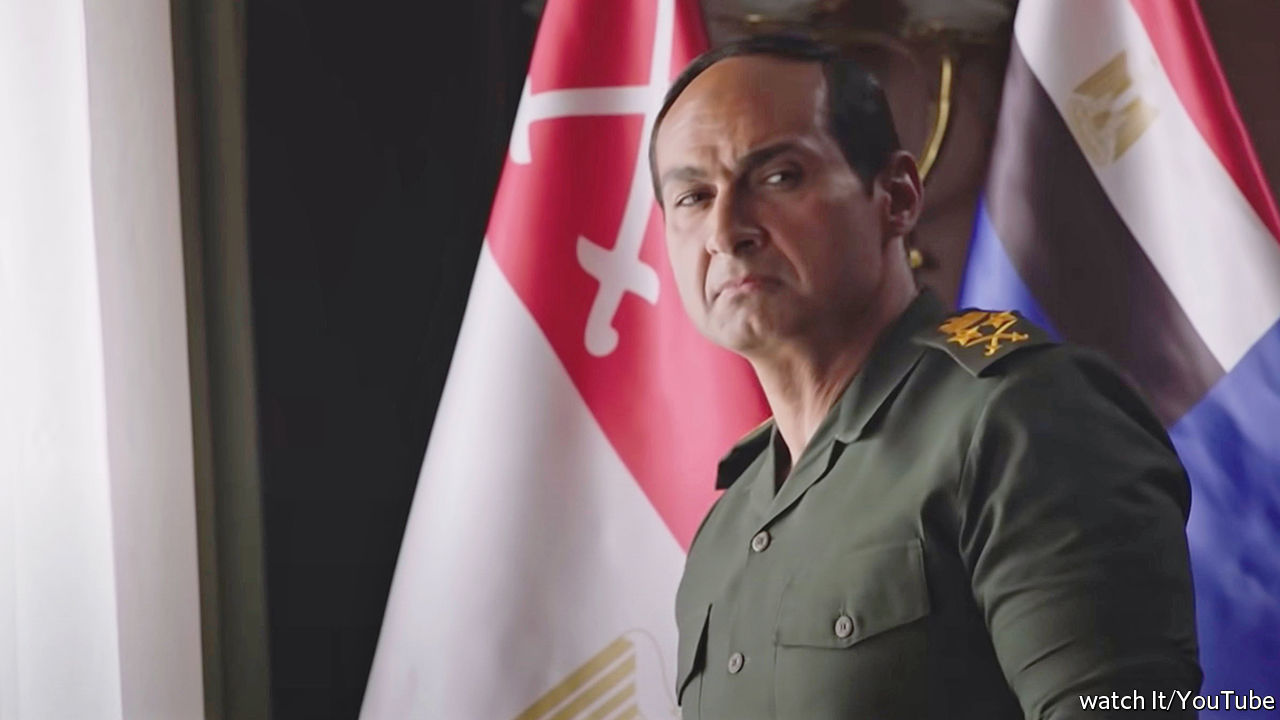 InCHICKEN TELEVISION Last month, viewers tuned in to “Al-Ikhtiyar” (“Choice”), they knew exactly how it would end. In the penultimate episode, Yasser Galal, who plays Abdel Fattah al-Sisi, the then defense minister, enters a room full of religious and political leaders. “We have to make a fateful decision,” he says. “The country needs him.” It was dated July 3, 2013. In a few hours, the assembled grandees will appear on television along with Mr. Sisi, when he announced that Egypt’s brief experiment with democracy is over.

Viewers in the Arab world have no choice in the month of Ramadan, which ended on May 1. The studios are releasing dozens of high-budget series, every night with a new episode. “Al-Ikhtiyar”, which is now in its third season, has become one of the most popular shows this year.

The latter dramatizes what the producers call “the most dangerous 96 hours in the modern history of Egypt”: mass protests and the next coup in the summer of 2013, which overthrew Muhammad Morsi, the Muslim Brotherhood’s operative, who became the first and only person to win honest elections in Egypt.

Mr. Galal (pictured) performs his role with extraordinary precision, capturing the general’s propensity for half-smiles and clasped hands. Close your eyes, and his whisper, singing voice is almost indistinguishable from the real Mr. Sisi, who has been president since 2014. Never doubt who the audience should support. Mr. Sisi is shown to be humble and pious; on the way to declaring a coup, he stops to talk honestly with his mother. Mr. Morsi and his henchmen look changeable, their appearance is set to sinister music.

The producers describe the show grandly, not only as entertainment, but as a “story” for future generations. It would be commendable – if they took it seriously. Even for those who survived them, the events of that summer were a fog. What seemed to be a one-day protest against Mr Morsi, a chance for the opposition to let off steam, with staggering speed turned into a bloody coup.

The show will allegedly transport viewers to the inner shrine of Egypt’s security state. Merit thanks the army and the Interior Ministry to the crew. It includes real recordings of Brotherhood officials, which were probably made in secret and had never been aired before.

The clips depict the Brotherhood as stubborn and incompetent, as many once Mr. Morsi’s supporters acknowledge. But the show sheds little new light on how deep the state has conspired with garbage democracy. This is a story written by the winners.

Gamal Abdel Nasser and Anwar Sadat, the second and third post-revolutionary presidents, immortalized their careers in film. But their appearance came long after their death. (Their successor, Hosni Mubarak, a man perhaps best remembered for his overthrow, may not deserve a biopic.) Mr Sisi’s inclusion on the small screen comes at the peak of his term: he forced amendments to the 2019 constitution that almost guarantee he will rule until 2030. These were generous propaganda efforts aimed at uniting the Egyptians just when many were disappointed.

Six years after he struck a $ 12 billion deal IMF, Egypt is back for another loan, concerned about how high food and energy prices will hurt its budget. Since Mr. Sisi took office, the poverty rate has risen. Endemic problems – poor education and health care, urban chaos, inequality and corruption – have not been resolved. Presidential amplifiers say he saved Egypt from the “dark tunnel” of Islamist rule. But the country has not quite reached the sunlit hills.

ON, the network that broadcast the series, did not publish viewing figures. Egyptians of various political backgrounds seem to have started watching the show in large numbers, out of patriotic passion or a desire to smile out of propaganda, but few watched more than a couple of episodes. Journalists were encouraged to write great articles to raise their ratings. Perhaps some Egyptians wanted to relive the events of that summer. After nine years, most have more pressing issues. ■

California approved trust funds for children from low-income families who lost a parent to...