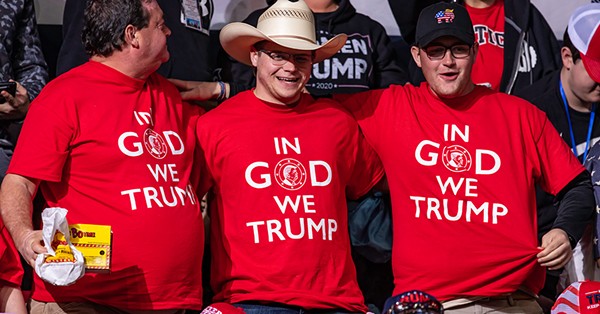 Even in a polarized era, in which most voters care more about the party than the candidate, extremists and idiots lose votes.

Living in Philadelphia during the Tea Party wave of 2010, I had a close-up view of where the Republican Party was headed. After Sen. Arlen Specter, the icon Pennsylvania moderate, provided one of three Republican votes for President Barack Obama’s $787 billion stimulus, the GOP’s right-wing labeled him a RINO and put a target on his back.

When Specter realized that he would lose the Republican primary to Pat Toomey, the head of Club for Growth, he switched parties, hoping to find succor among Democrats. Though the party establishment lined up behind him, Specter lost the Democratic primary to Joe Sestak, who lost the general election to Toomey, who took office on the vanguard of the conservative right.

Twelve years later, Toomey isn’t seeking a third Senate term. If he did, he almost certainly would have lost in the Republican primary. He, too, was labeled a RINO for not wholeheartedly embracing President Donald Trump.

And that was before he voted to convict Trump following the second impeachment. The state GOP publicly rebuked him. Instead, Pennsylvania Republicans have backed the Trump-selected Dr. Oz, who is running one of the most dogshit Senate campaigns in history. They also supported Doug Mastriano, another Trump-backed, far-right election denier who pals around with antisemites and appears likely to lose a winnable election for governor in November.

That’s become a common refrain this year: Trump’s preferred candidates have dominated Republican primaries but struggled to build mass appeal. Oz looks hapless. In Georgia, Herschel Walker can’t string together a coherent sentence. JD Vance’s snide populism is turning a safe bet in Ohio into an actual horse race. Blake Masters, a subsidiary of right-wing billionaire Peter Thiel, is the Democrats’ best friend in Arizona. Even Sen. Ron Johnson of Wisconsin, who’s been huffing the MAGA glue like a fiend, is behind.

Republicans are starting to recognize their vulnerability. “Having amateur candidates who’ve never run for office before carrying the banner for the Republican Party in critical Senate races is a risky maneuver,” a Republican pollster told The Washington Post.

Last week, Mitch McConnell came close to admitting that the Senate was slipping from his grasp. “I think there’s probably a greater likelihood the House flips than the Senate,” he said. “Senate races are just different — they’re statewide, candidate quality has a lot to do with the outcome.”

And Republicans can no longer bank on President Joe Biden’s unpopularity tanking his party this fall. The Supreme Court’s abortion decision rattled not just the Democratic base but also suburban and young voters. In addition, gas prices are falling, and Biden has racked up a series of legislative wins, over blanket Republican opposition, on issues like veteran health care and Medicare drug pricing that poll in the stratosphere. (Meanwhile, under Sen. Rick Scott, who ran one of the largest Medicare fraud schemes in American history, the National Republican Senatorial Committee is lighting money on fire.)

Not coincidentally, Democrats have regained the (very narrow) lead on the generic ballot for the first time since November.

Due to gerrymandering, that lead probably isn’t strong enough to keep the House in Democratic hands, and it might prove ephemeral anyway. Biden remains less popular than Trump was at this point in his presidency, and Republicans got smashed in 2018. And the axiom that the general public doesn’t tune in until after Labor Day isn’t wrong.

The Republican propaganda machine is eating its own.

But think about what regular people will see when they start paying attention: a crop of candidates so infected by Fox News Brain that they won’t pivot to the general election. They denied the 2020 election results, committed to banning abortion, and backed Trump like drones prostrating before a cult leader during the primary; now they wonder why that strategy doesn’t have mass appeal.

As Trump and his acolytes celebrate Rep. Liz Cheney’s 37-point loss in the Wyoming primary last week, they fail to imagine what everyone else sees: a party rejecting a conservative apostate whose only crime was prizing democracy over Donald Trump. As they attack the FBI — one congressional candidate called for Attorney General Merrick Garland’s execution — for recovering stolen classified documents from Trump’s house, they fail to realize that beyond their base, the public believes the Mar-a-Lago search was justified.

The Republican propaganda machine is eating its own. Candidates who only consume right-wing media and only sit for friendly, softball interviews — a trend among Republicans this year — are mistaking the passions of a few for the beliefs of the many.

Trump, for example, believes the Mar-a-Lago search helps him politically. In a way, it does. By playing martyr-in-chief, he raised a ton of money that might have otherwise gone to Jim Baker’s apocalypse buckets. He also got a huge bump in the polls against Florida Gov. Ron DeSantis — who was just in Pennsylvania campaigning for the antisemite-curious Mastriano.

“I don’t think him being behind bars would stop him from winning the Republican nomination,” a Republican consultant told NBC News, quite accurately.

But winning a nomination and winning an election are different things. Even in a polarized era, in which most voters care more about the party than the candidate, extremists and idiots lose votes. The more extreme and idiotic the candidate, the more votes they lose. The far-right positions and jackass bellicosity required for a candidate to win a Republican nomination are going to cost the party seats this year.

I can’t help but wonder if Ron DeSantis and Doug Mastriano will be 2034’s Pat Toomey — candidates who redefined extremism, only to have someone else redefine it later. A party on this trajectory should have trouble competing outside of the reddest districts in the reddest states. Of course, I said the same thing in 2010.

Is the U.K. Sending Apache Helicopters to Ukraine?

The Carbon Counter: The Cost of Forest Fires