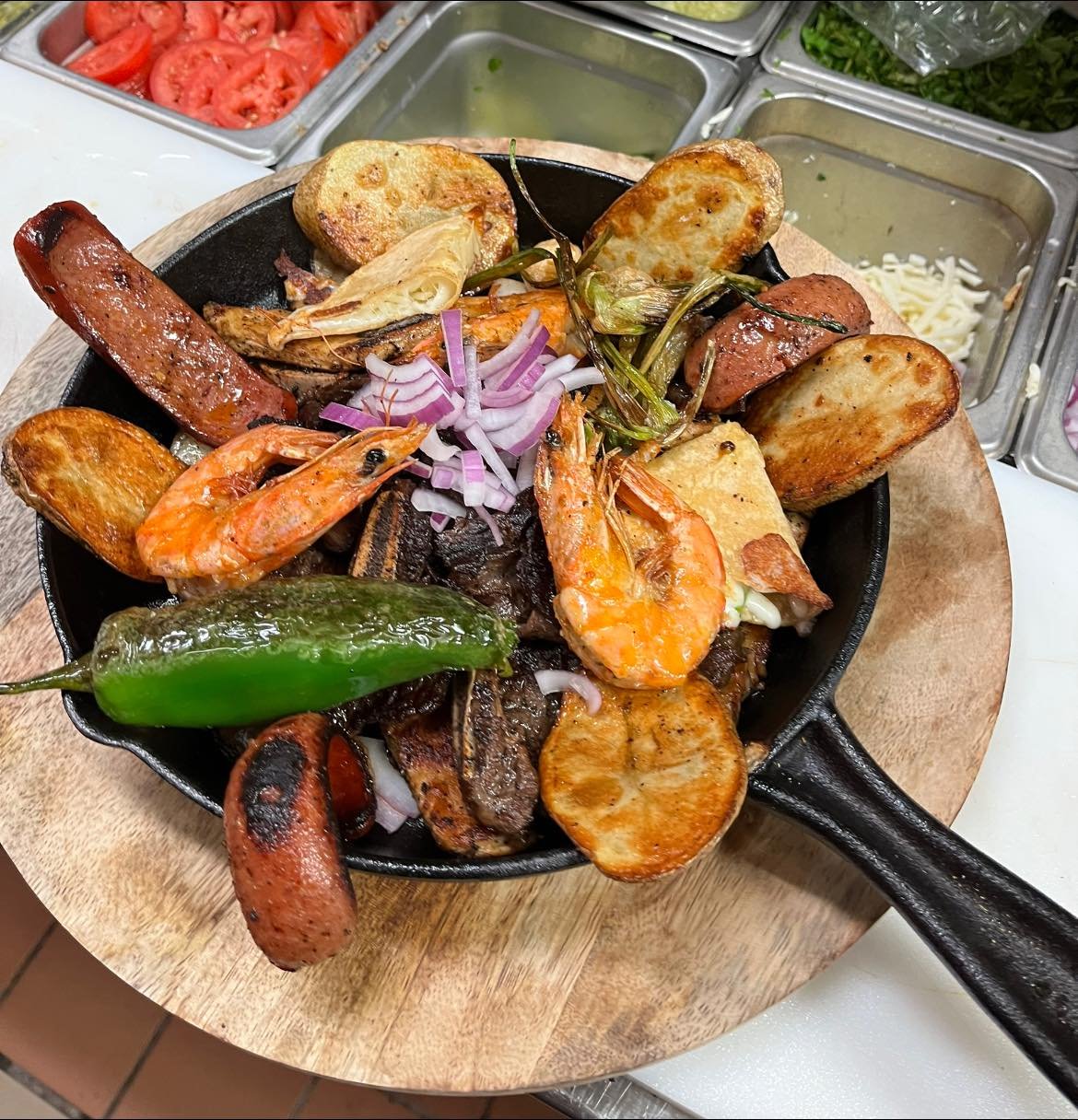 A Mexican restaurant specializing in seafood isn’t a unique concept in Milwaukee, but it remains an underserved niche in the city. El Atoron (1428 W. Lincoln Ave.) offers another way to experience that cuisine.

The restaurant, which opened in early 2022, distinguishes itself first by atmosphere. In keeping with the briny origins of its specialty fare, its environs are dark and cavernous, akin to an underwater cave, albeit one festooned with what might be masks on its walls.

When searching the menu for something not too filling but substantive and relatively inexpensive, a couple of tostadas caught my eye: shrimp and octopus. Though not described as such in the menu, atop each flat fried corn tortilla was a variant of ceviche.

Both the sweeter, juicier crustaceans and meatier, slightly drier chunks of cephalopod were mixed with tomato, red onion and cilantro in a balsamic vinegar marinade, splashes of which marked the avocado slices crowning each tostada. In their colorful presentation, slight spiciness and breadth of tastes and textures in one dish (OK, technically two, but they were served on one plate) made for a nigh perfectly light and refreshing late summer meal. And their preparation of Jamaica—the sweetened hibiscus agua fresca tea whose name is pronounced ha MY cah—is just sweet enough to complement its food without being cloyingly like a kiddie cocktail.

For something a bit sweeter to conclude a meal, the complimentary, plastic-wrapped  miniature spoonful of candied tamarind fruit pulp that arrived alongside my bill satisfied with its undercurrent of heat and consistency somewhere between jelly and paste.

Jamie Lee Rake is a freelance writer based in Waupun, Wis. whose wide breadth of tastes in and studies of music and food put him in good stead to write about those very things for Shepherd Express.

5 things to know and do the weekend of May 13