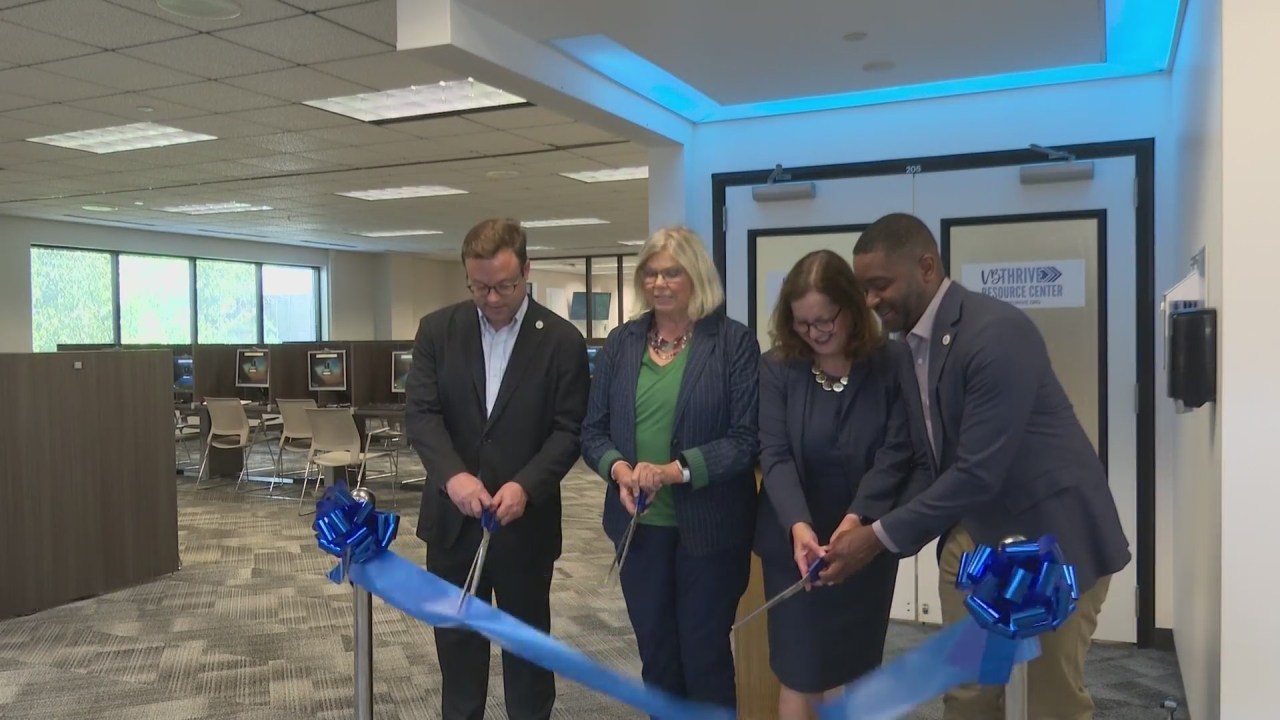 VIRGINIA BEACH, Va. (WAVY) — On Wednesday, United Way of South Hampton Roads unveiled VBThrive, a resource center that provides support and resources to people who can’t get help from the state or government.

It’s tucked in the corner of the Meyera E. Oberndorf Central Library in Virginia Beach. When you walk up to the second floor, you see the bright blue lights with the sign “VBThrive.”

“When they walk through the doors, we’ve tried to make the most beautiful and comforting environment. We wanna make sure that people are comfortable,” Hannah Montgomery, the Lead Mobility Mentor, said.

The center is dedicated to people who fit into the A.L.I.C.E category, which stands for Access Limited Income Constrained and Employment.

“These are people that are working but can’t make ends meet,” Michele Anderson, President & CEO of United Way of South Hampton Roads, said. “A larger number of people that are not able to make ends meet than are living in poverty and there was nothing for this group of the population for our neighbor so was no support.”

Anderson said around 50,000 people in Virginia Beach live just one emergency away from falling into poverty. VBThrive works to move these people into self-sufficiency with resources and support.

“It’s a program where people are being served but aren’t typically serving people that might make too much money for the state or the government. This is a program where we’re going to really lock in and we’re gonna be able to serve people that are usually not served,” she said.

Anderson said VBThrive is not just bettering the lives of the people using the services, but for the Hampton Roads community.

“There are more individuals that we have are self-sufficient, it affects their own family. You will see children set goals like their parents, children that do better in school. Then, you create a new dimension,” she said.

“I think that’s our goal. As an elected official, we want to make sure that our city and the people that live there are well,” Wilson said.

Montgomery said if anyone needs help, they can simply walk through the doors. She said there will be someone there to explain the program and help you start your referral.

Braverman is facing increased pressure over the security breach

Keep equity in mind when moving to value-based payment