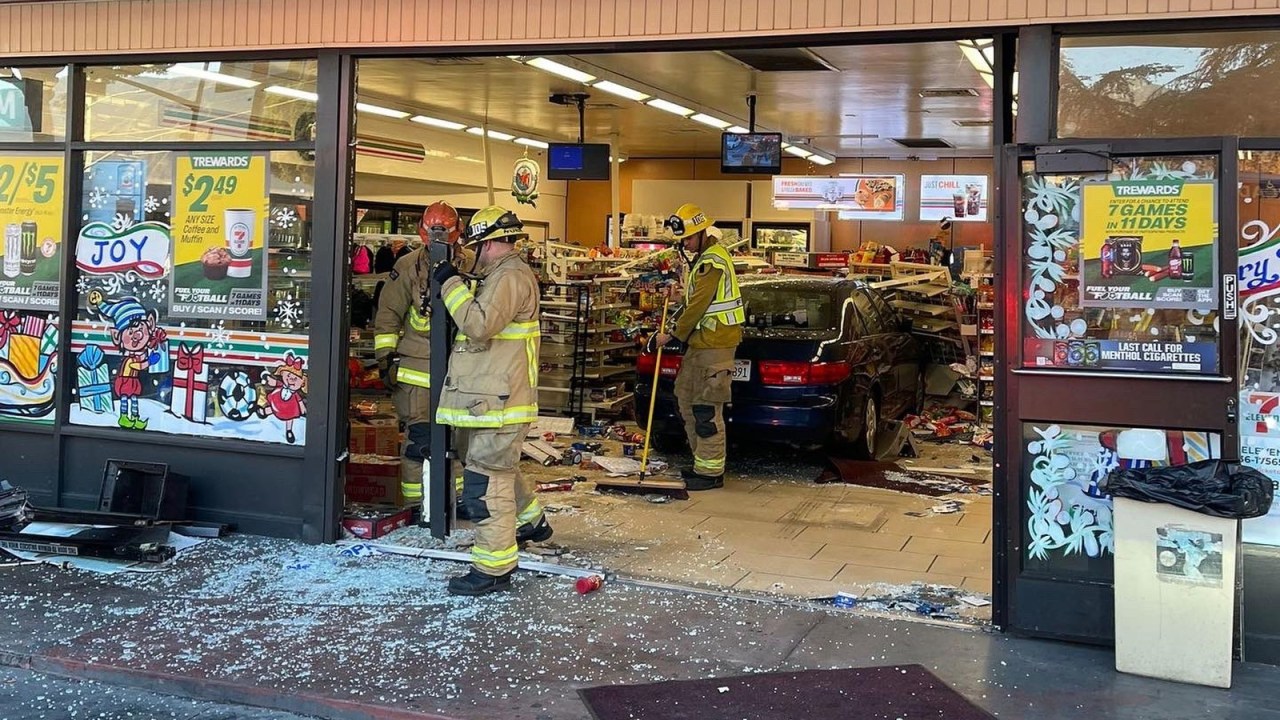 Firefighters from the Arcadia Fire Department responded to a 7-Eleven convenience store Thursday morning after a car plowed into the business.

It happened around 7 a.m. at a store on South Baldwin Avenue.

Responding crews found a dark blue sedan that had crashed through the doors and came to a stop after colliding with several displays.

No injuries were reported, but the business sustained visible damage.

Inspectors from the city’s Building and Health Department were dispatched to the store to evaluate the damage and determine if the building was unsafe or not.