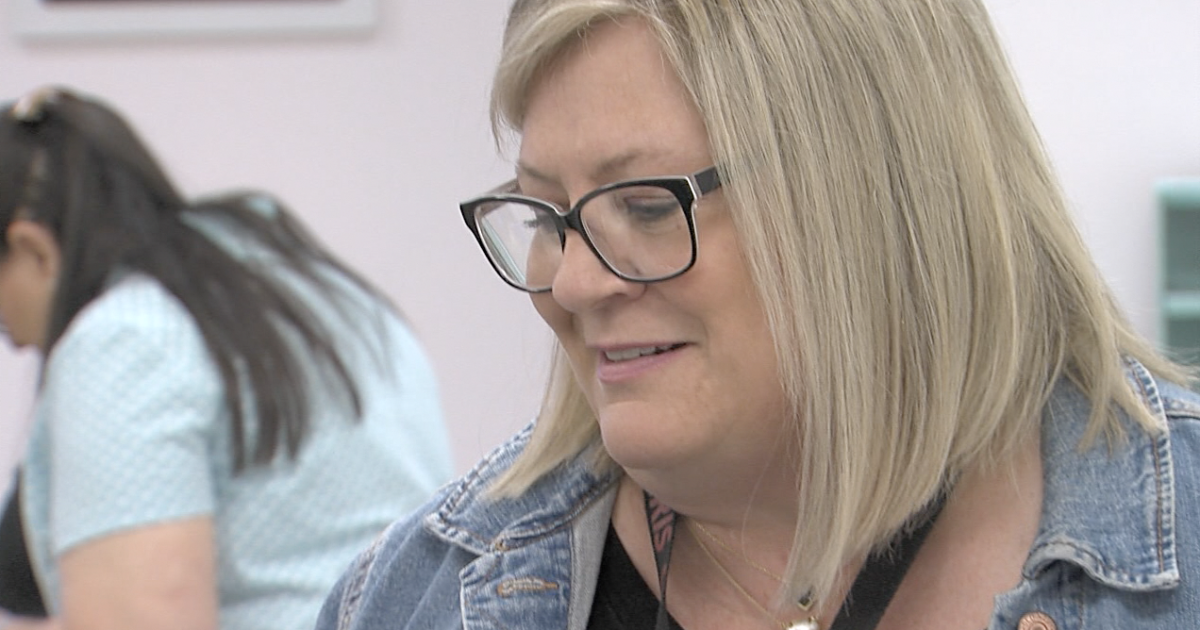 VERDIGRIS, Okla. — The Verdigris Community came together for one of their own after a 9th grade teacher was in a bad wreck last year.

“The support was unbelievable from the community,” said Angie Timmons. “The way they supported not only me but my husband and my daughter. They just pulled through for me.”

Teacher Angie Timmons says the community wrapped their arms around her family in a way she’ll never forget.

“I think that just comes with being a part of a small town and them accepting you and loving you,” said Timmons.

Angie Timmons teaches 9th grade at Verdigris Junior High School. This week it’s business as usual in her classroom, but it’s been a long year to get to this point.

“No one at the school knew where I was,” said Timmons. “They just knew I wasn’t at school. It took several hours for anyone to find me.”

Angie shared several pictures from the car wreck she was in last September. Her car was crunched with glass shattered and airbags deployed. She was coming out of her neighborhood when she was hit by another driver. She flipped into a ravine and had to be rescued with the jaws of life.

“I ended up breaking my tailbone, my arm, fractures in my back and neck,” said Timmons.

Angie was in a coma and because of a traumatic brain injury ended up with double vision for 10 months. It’s really the community support that Angie says she remembers most from that time.

“Teachers donated sick time to me,” said Timmons. “I never had to worry about my sick time being covered. I never had to pay out of my pocket for sick time. They donated all that to me.”

“We had teachers stepping up saying what do I need to do for her class,” said Aaron Hushbeck. “How can I help her class?”

Principal Aaron Hushbeck remembers the day of the wreck vividly. He also remembers the support for Angie’s daughter Katie and her husband Joe.

“The t-shirts, the meals, the prayers, people rallying behind us. It was awesome,” said Joe Timmons.

Angie says she still has some healing to do, but is forever thankful for the town she calls home.

“The town of Verdigris is amazing,” said Timmons. “They want to pull through for her own.”

A gunman killed more than 30 people in a massacre at a children’s center...