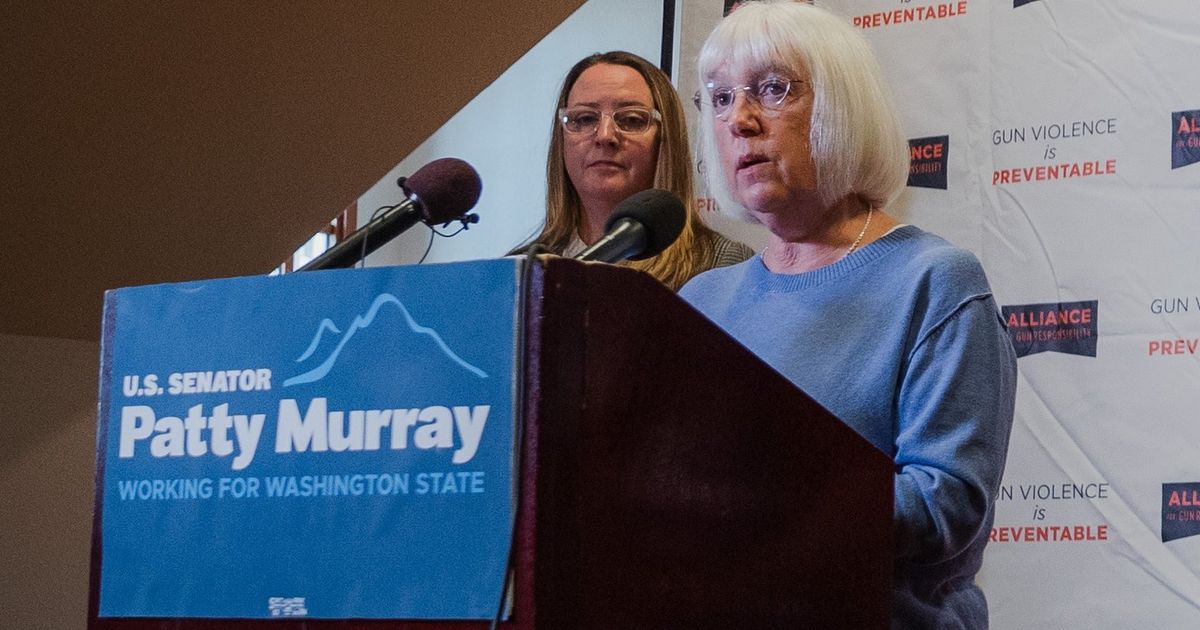 State representatives in Washington are exploring a ban on assault weapons, and the possibility of requiring gun owners to receive training and to license and register their firearms. These moves are in reaction to a spate of mass shootings, including at an elementary school in Texas, that restarted national debates over gun restrictions.

A group of politicians, gun safety advocates, Seattle students and educators gathered Friday morning to call for stricter gun laws to protect schoolchildren and others — a day before March for Our Lives rallies are being held locally and nationwide.

“It’s wild here in Washington state: you do not have to have a license to own a gun,” said state Rep. Liz Berry, D-Seattle. “We’re going to be putting together a very aggressive agenda for next year because people are counting on us.”

Washington has some of the strictest gun laws in the country, ranking at 10th, according to the Giffords Law Center to Prevent Gun Violence. Berry said her goal is to make the state No. 1, a spot held by California. Washington has passed legislation for universal background checks and bans on high-capacity magazines, ghost guns and bump stocks.

But Washington is just one state, U.S. Sen. Patty Murray said. “We know that a patchwork of state laws is not going to cut it. Not when an 18-year-old can drive across the border to Idaho to purchase an AR-15.”

Murray said she is working with Senate Republicans on a potential gun safety compromise but didn’t want to give details as negotiations are ongoing. Whatever bill Republicans might agree to would be less aggressive than what state leaders are considering.

Students in Seattle and other parts of the region have led rallies and walkouts demanding strict gun laws, after the shooting in Uvalde, Texas, where 19 students and two teachers were killed. Seattle students want mental health specialists at every school — specialists who could help students come to grips with the anxiety and fear caused by mass shooting events — and a ban on assault weapons in the state.

Chetan Soni, who has helped organize the student rallies, said the first time he wrote about the importance of background checks to purchase firearms was in the sixth grade.

“Since elementary school, my classmates and I have had to practice lockdowns,” said Soni, a sophomore at Lincoln High School. “Hiding in the corner, pulling down the blinds, and staying absolutely and completely silent because we knew that our lives would one day depend on it.”

And then in middle school, Soni said he was in two lockdowns. “That feeling of dread, that feeling of terror — it never goes away. It’s always in the back of your mind replaying. There has not been a day that goes by where I do not think about gun violence in school.”

At Seattle Public Schools, the teachers union is working with administrators to make schools safer.

“When we think about what it takes to keep kids safe in our building and create a safe learning environment that extends to the people and the educators that are working in the building,” said Joaquin Rodriguez, director of the center for racial equity at the Seattle Education Association. “Not all of our buildings have the same level of safety and infrastructure around safety. That’s something I know our district wants to work hard on.”

There should be people inside and outside of schools that could provide security, Rodriguez said, and those conversations are beginning to happen. Educators are on the front lines when acts of violence occur.

Students and community members will be in Olympia at the Tivoli Fountain Walkway at 11 a.m. as part of renewed protest under the banner of March for Our Lives. That organization grew out of student-led protests following the mass shooting at a high school in Parkland, Florida in 2018.

A national rally is taking place in Washington, D.C.

Other March For Our Lives rallies are planned in Bellingham, Bainbridge Island, Everett, Bremerton, Renton and Redmond. In Seattle, there will also be a gun violence march led by the NAACP at the Martin Luther King Jr. Memorial Park to remember victims at 2 p.m.

Shares of Hasbro fell in premarket after missing 2Q revenue