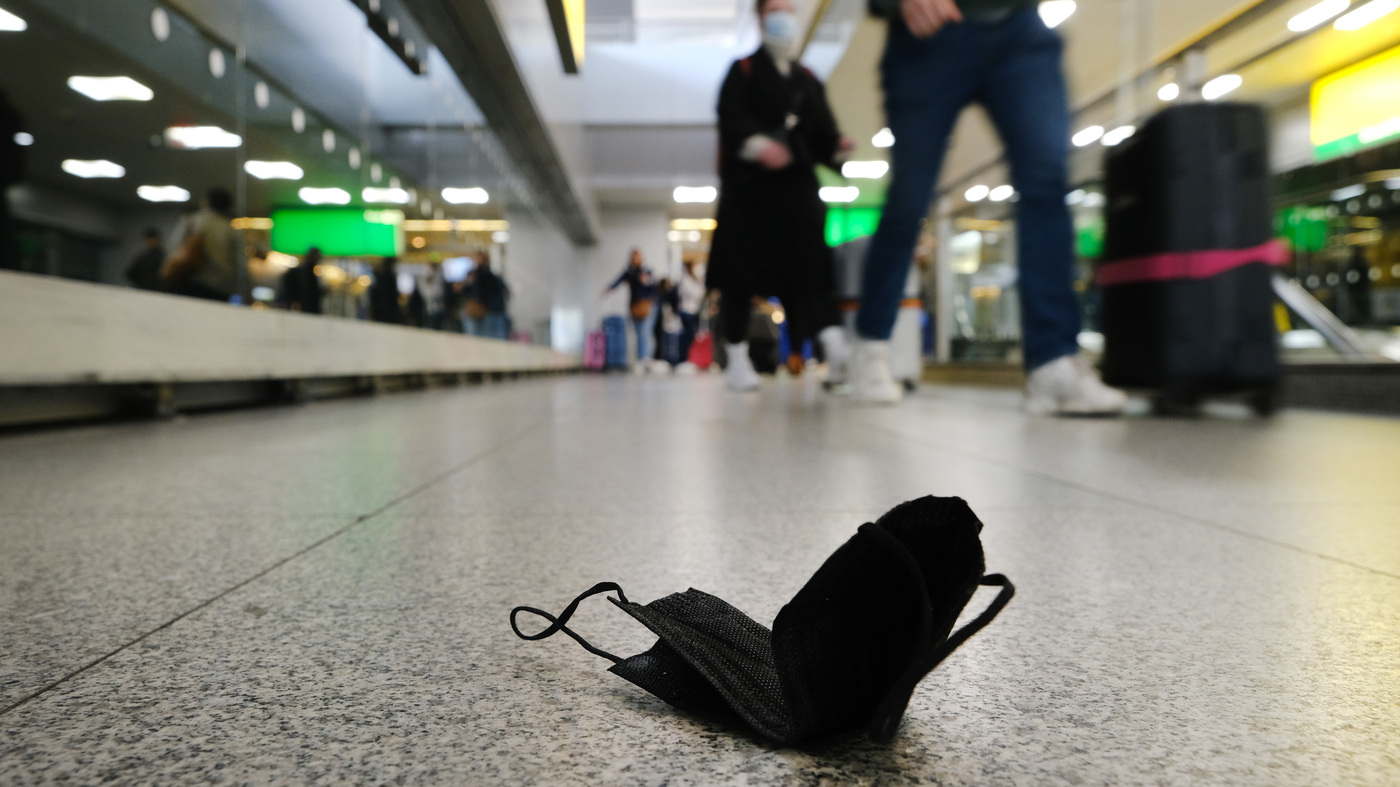 A mask lies on the ground at John F. Kennedy International Airport in New York City on April 19.

A mask lies on the ground at John F. Kennedy International Airport in New York City on April 19.

If it feels like everyone you know has COVID-19 right now, you’re not alone. In many parts of the U.S., case numbers are going up, and much of that increase is being driven by subvariants of the omicron variant of the coronavirus.

And this new wave of cases might be a glimpse into what the endemic stage of COVID-19 will look like, according to Andy Slavitt, a former senior adviser to President Biden on COVID-19 and a former head of Medicare and Medicaid in the Obama administration.

The U.S. is not in an endemic phase just yet, Slavitt said, and the country likely won’t know until after it’s in it because, as he put it, “the best definition of endemic that I’ve heard is just when the surprises are gone and it becomes predictable.”

Slavitt outlines the tools the U.S. has to handle COVID-19 going forward, the factors that could change his assessment and the shift vs. drift calculation.

This interview has been edited for length and clarity.

On the tools that the U.S. has that can help people live as normal a life as possible

The best news of all is that we have incredible scientific tools, vaccines, boosters, oral therapeutics. And while none of them are perfect, down the road when you combine them with what our own immune system does and the continued kind of improvement of these tools, the layered immunity we have, COVID should become less and less fatal.

It will still be dangerous and still dangerous for people who are frail, people who are immunocompromised. But even in those situations, the tools are better and better. So what we really want to know is, is it going to get any more severe? And is it going to get any more frequent? And are the vaccines and tools we have going to continue to work? And if we are in a situation where we need to update our vaccines once or twice a year, we need to be prepared to do that.

On the unknowns that could change his assessment of how close the U.S. is getting to an endemic phase of COVID-19

So scientists talk about this notion of drift versus shift, and what they mean by that is a drift virus would indicate that we will just continue to see more progressions, almost laddering up of new omicron, with 1.1, 1.2, 1.3, 1.4. And a drift is a better scenario than a shift. A shift is where we would get an entirely new Greek letter in this case, with completely different mutations and characteristics.

So the big question is, are we going to be in drift mode? And for how long will we be in drift mode? Or are we going to go back to shift mode where we’ll see a delta and omicron, et cetera? No one knows the answer, but there are a number of scientists who say that the number of times we’ll see a major shift could be pretty rare — could be as infrequently as once a decade.

On whether reaching the endemic phase of COVID-19 will discourage other precautions, including masks and vaccines

Well, predictability will be a good thing. You know, if we knew that we were going to see COVID-19 every June and every December, we might not like that, but at least it would tell us that we can take the kinds of precautions that we need to take then, and we don’t need to take them in other parts of the year. What bothers people is feeling like they’re taking precautions in periods of time when it doesn’t matter. So, you know, we don’t give people flu shots in April, May and June because the risk of the flu is quite low then.

So if we understand this well enough and it becomes predictable enough, I think you can then create targeted campaigns to say, “Hey, every time that this happens, these are the precautions we have to take. We have to wear masks. We have to stay away from these types of crowds and these types of situations if we’re immunocompromised. But other times of the year, go on, live your life, things will be more or less safer.”

Who controls the future of Columbus Park?