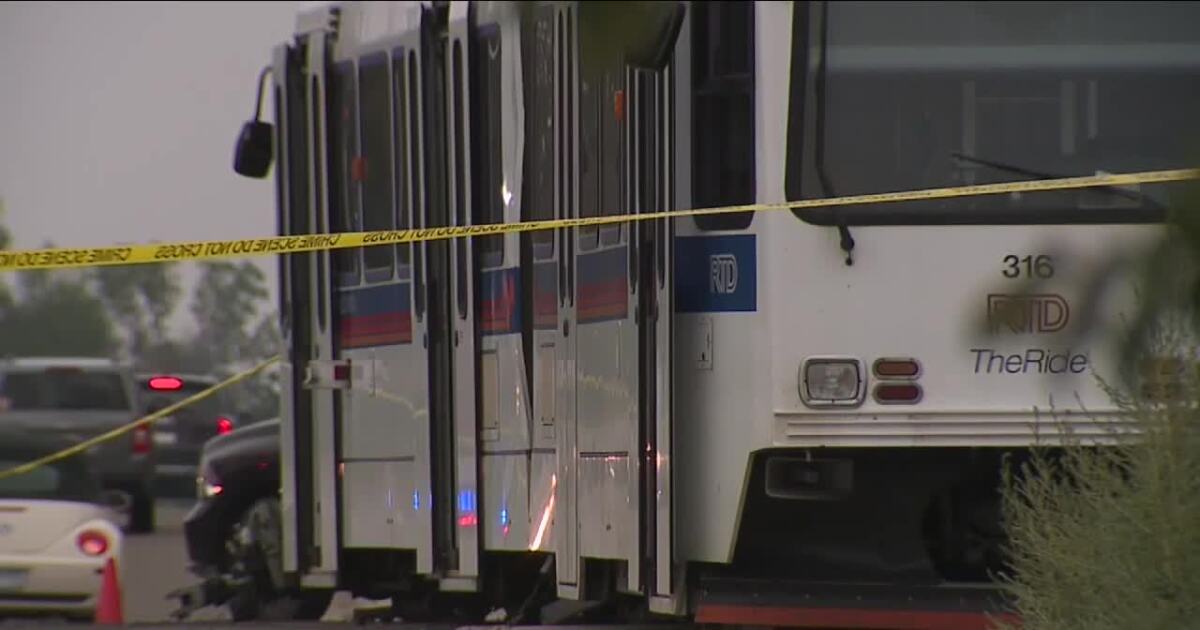 AURORA, Colo. — Cleanup continued into the early afternoon Thursday at the site of the RTD train derailment that injured multiple people the day before.

Investigators could be seen at the corner of East Exposition Avenue and South Sable Boulevard in Aurora inspecting the damaged R Line train before it was removed from the scene.

Among the several dozen passengers injured in the crash was 22-year-old Madeleine Ames.

“It was like one or two minutes of, “Holy crap. What just happened?”” she said Thursday.

She recalls the train taking the curve too fast before derailing and hitting a pole.

“It did feel like it was going a little bit faster, and I thought the driver would catch that,” Ames said. “And then all of a sudden, it was like turbulence on a plane. I mean, I felt like I was a plane about to crash on the ground. It was so sudden. Everyone shifted to one side almost. A lot of us fell, including me.”

The impact left her with a large bruise on her leg, along with a bump on her head. She’s thankful the injuries weren’t more severe.

“With how it was moving, it could have been worse,” she said.

Only three people had to be taken to the hospital for treatment, and all are expected to be OK, first responders said at the scene.

In 2019, a train on the same line in the same location derailed, injuring several people, including a woman who had to have one of her legs removed.

In that instance, investigators say the operator was speeding. Citing an active investigation, RTD would not confirm Thursday if speed was a factor in this latest crash.

Since 2019’s incident, RTD vowed to, for example, increase testing for new operators and install radar-based speed monitoring signs along several routes, which flash at operators if they are speeding, according to Colorado Public Utilities Commission documents. One of those signs was visible at the scene of Wednesday’s crash.

As part of its collective action plan with the PUC, RTD also planned to investigate installing a system that would control a train’s speed to prevent collisions and derailments. However, due to budget cuts from the COVID-19 pandemic, the agency did not have the funding for it, according to the most recently available document from PUC. RTD would not answer questions about it.

Ames just hopes something is done this time around to prevent another derailment from happening.

The intersection where the derailment happened remained closed Thursday afternoon as crews work to repair the tracks and the damaged pole. It’s unclear when it will reopen.

IRS Tax Forms: Here is what you need to know  about Form 1040

Las Vegas homeowner says he can’t get answers from HOA regarding...

Map guides way on the the Jones Falls Trail – Baltimore...