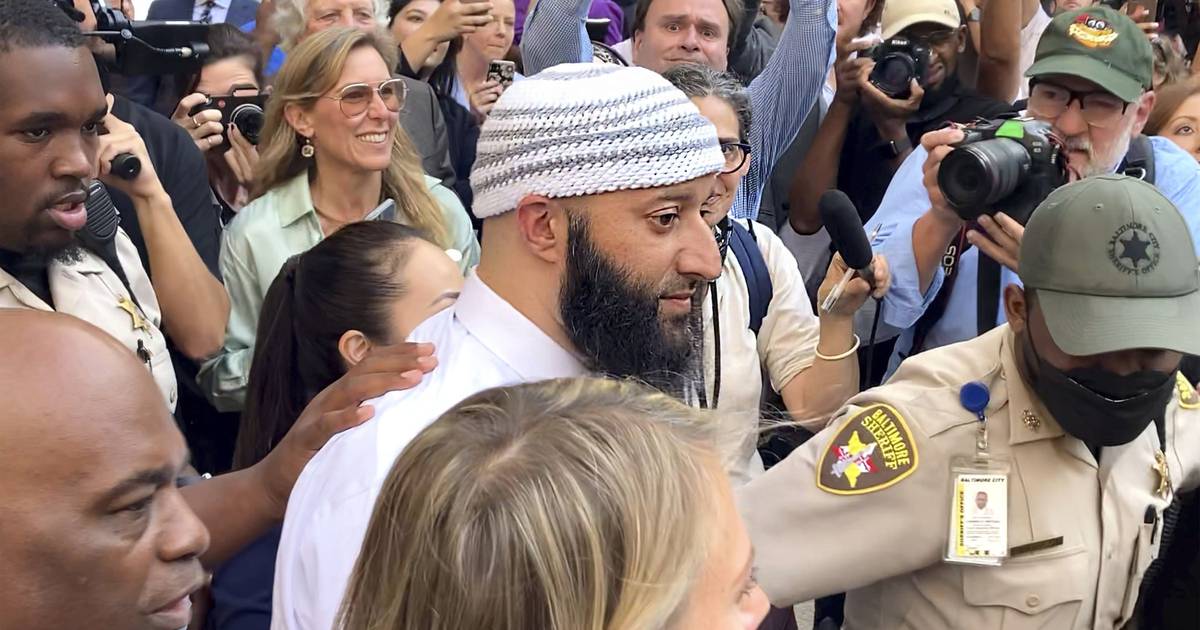 After a Baltimore Circuit Court judge overturned Adnan Syed’s murder conviction on Monday, she ordered that he be released from custody and placed on home detention monitored by a private company.

Judge Melissa Phinn outlined exactly what Syed, who is still charged in the 1999 killing of Hae Min Lee, is allowed to do while city prosecutors determine in the next month whether to retry the 41-year-old in his high school ex-girlfriend’s death or drop his charges.

Syed is under the supervision of ALERT Inc., one of a handful of private home detention companies that operates in Maryland. According to Phinn’s order, Syed is allowed to leave his family’s home in Baltimore County to do the following:

At the discretion of ALERT, the order said, Syed is allowed to have no more than four hours of “personal time” a week for “shopping, banking and personal hygiene and grooming.” Such errands must be coordinated ahead of time with ALERT.

The precise terms of Syed’s home detention give more context to his comparatively dignified release from custody Monday, which came on the heels of city prosecutors’ move to vacate his conviction.

Prosecutors are not ready to say that Syed is innocent, but cited the yields of an approximately yearlong review of the case, conducted alongside his defense attorney, in asking for the conviction to be undone.

The probe, prosecutors said, revealed two alternative suspects in Lee’s killing, known to authorities who investigated the homicide but not disclosed to Syed’s defense then or thereafter. City prosecutors said the lack of disclosure was a serious violation of the law, and prevented Syed from getting a fair trial. Along with since-discredited evidence used against Syed at trial, prosecutors said the issues raised were enough to doubt the integrity of his guilty finding.

Prosecutors asked for him to be released pending their decision on how to proceed.

In court Monday, Phinn agreed. She ordered Syed released immediately: Officers unshackled him in her courtroom and attached a GPS ankle monitor before he descended the steps of the Elijah E. Cummings Courthouse to cheers from supporters who likely came to know of his case from the hit podcast “Serial,” released in 2014 and downloaded hundreds of millions of times.

The development left Syed, who has maintained his innocence since he was 17 years old, in an unusual legal-limbo: Free from jail or prison for the first time in 23 years, yet still facing the charges — premeditated murder, kidnapping, robbery and false imprisonment — that put him behind bars to begin with.

Phinn set a deadline of 30 days from her ruling Monday for prosecutors to drop the charges or set a new trial date. The state’s attorney’s office said its decision is contingent upon an ongoing investigation into the alternative suspects as well as additional DNA testing conducted on evidence collected in Lee’s death.

According to the law, Syed is someone charged with murder awaiting trial. People charged with violent crimes as serious as murder are almost never released before trial, according to several legal experts.

“I’ve had people released on murder charges pretrial, but it’s rare,” said attorney Andrew I. Alperstein. “But there’s nothing ordinary about his case in the posture it’s in at this point.”

This article will be updated.

Kansas voters speak for, against Value Them Both amendment

350 medical students in Nevada have their white coat ceremony

In Peru, 76 child victims were found with their hearts ripped...