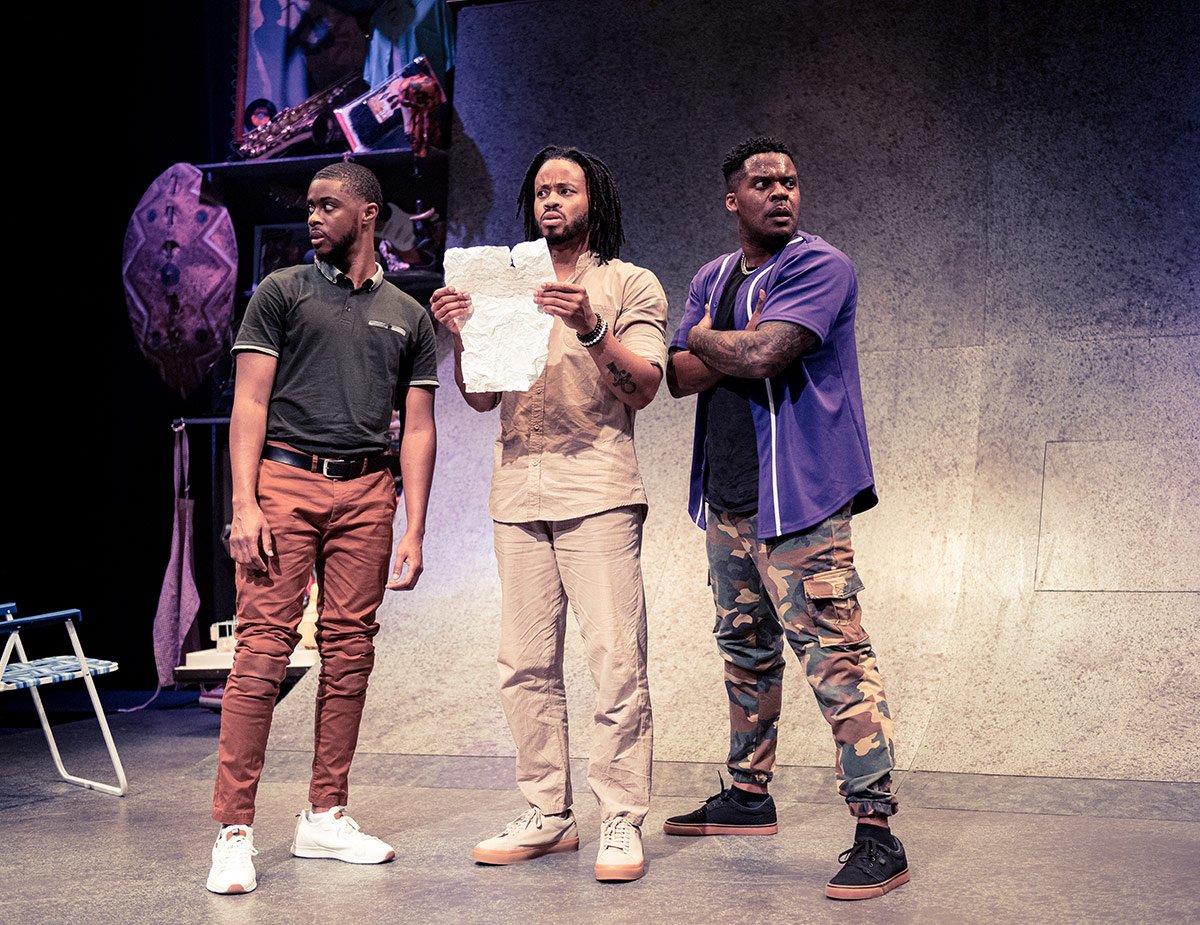 Next Act Theatre opens its season in an afterlife as it presents Kill Move Paradise. James Ijames contemporary drama mixes a whimsically playful fascination with the surreal that is weighted down by the overwhelming gravity of race relations in the U.S. Three black guys and one black boy are all innocent. They’ve all been killed. They’re all trying to work it out in a space featuring an insurmountable quarter pipe, a strange landscape of random items and a dot matrix printer that keeps grinding out more and more names. This is the afterlife. Instructions for the departed are flown over the wall by paper airplane. This is the afterlife. The Perrier and brownies are free.  This is the afterlife and it comes with an audience.

Marques Causey, Ibraheem Farmer, Dimonte Henning and Joseph Brown Jr. play three guys who are so completely aware of the fourth wall that they almost tolerate it. They’re waiting around to figure it all out right along with the audience. While they wait for the inevitable (whatever that ends-up being) they gradually remember what happened to them to bring them to where they are (wherever that is.)

Ijames is fearless with a script that blends impossibly skewed and weird comedy with overwhelmingly heavy themes about black lives in the modern world. Director Marti Gobel is equally fearless, allowing very brutal moments of silence to glacially migrate across the stage with overwhelming power. Drama occasionally explodes in panic and frustration, whether it’s the sudden combustion of Henning’s rage or the sudden panic of Joseph Brown Jr. as a child who suddenly realizes the full implications of his death, Gobel allows great gulfs of contemplative silence between the moments.